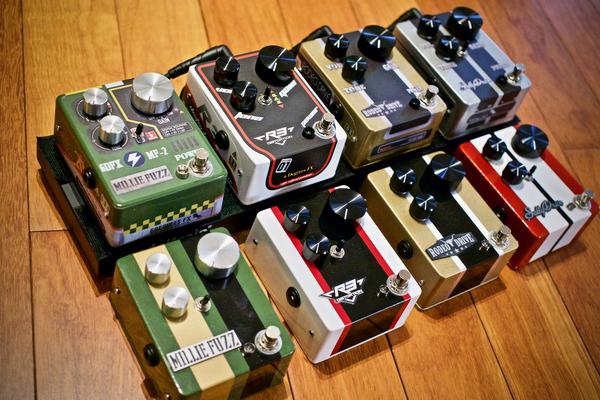 We recently stumbled upon one of the videos at the bottom of this post, and something unexpected happened. We suddenly realized that… we still like toy cars – A LOT! We will spare you the details of the coolest toy cars we owned in our early years,  suffice to say that the most special ones had super cool decals. The guys at Vancouver’s 6 Degrees FX know something about that feeling – their pedals look like little toy race cars!

First impressions are very important of course, but they don’t do much unless they are supported by substance, and 6 Degrees FX provides that too with incredibly well built and soldered effects – which also happen to have a growing list of YouTube admirers.

The Canadian company seems to specialize in modding existing gain circuits, with an emphasis on “opening up the options.” Or maybe their focus is, rather, on “driven” pedals, which would nicely explain the graphic theme! They have four standard models out as we speak, and they were all updated in early 2017 to their “3rd Gen” models.”

The Sally Drive and its “Advanced” sister are recreations of the early version of the Tube Screamer know as the “808,” with the latter featuring a three way mid range toggle switch that “lets you select between stock 808 720Hz sweet spot, treble boost and low boost.” Touch/volume sensitivity is one of these pedals’ main strengths. 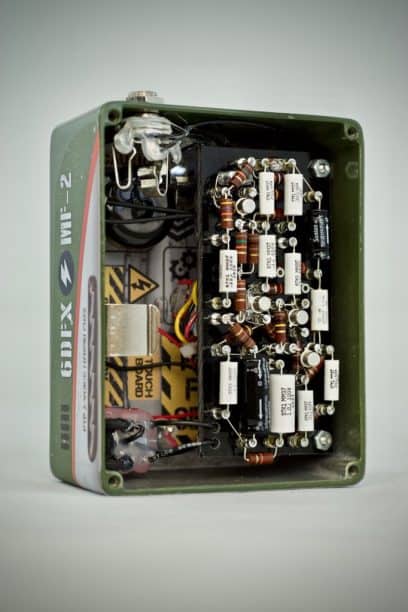 The guts of the Millie Fuzz mkII

The R3 Distortion is a take on the RAT Distortion, featuring an option to switch between Germanium, Asymmetrical, and Silicon clipping modes – cleverly, the name of that toggle switch is G.A.S.

The Rodeo Drive is – quite simply – “a modded Bluesbreaker with advanced EQ,” which is known for a beefy distortion reminiscent of a Marshall amp.

Finally, the Millie Fuzz mkII is a face melting (at least on paper!) 2-channel Fuzz Face & Big Muff hybrid. This baby looks like a fuzz geek’s dream come true, both on the outside and on the inside (see side picture). It features a CRUNCH channel  with “the modified Fuzz Face fed into buffer and EQ borrowed from Big Muff, offering a familiar classic silicon fuzz (BC108) tone;” the BURN channel (which can be turned on/off through a toggle switch) “stacks an extra Big Muff gain stage on the Fuzz Face, creating a more saturated, aggressive, long sustaining and edgy fuzz tone.” 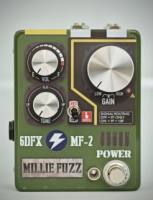 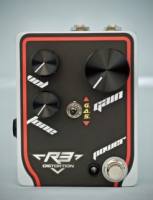 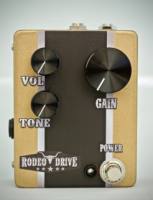 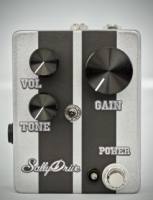 Here are a few more videos that tackle all the 6 Degrees Effects at once.