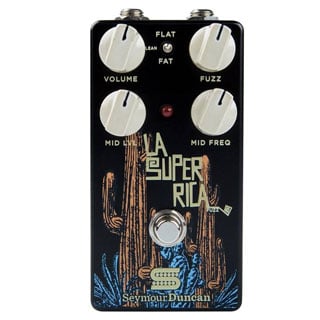 Many fuzz pedals don’t allow you to shape the mid-range, resulting in either a scooped sound that gets lost when you add bass and drums to the equation, or unpleasant frequencies that can lead to ear fatigue. So, after some pondering, we added a parametric mid-range control so you can dial in as much (or as little) of exactly the right frequency to fit your mix.

The result is a super rich fuzz pedal that is as versatile as it is toneful – capable of reproducing the iconic sounds that inspired it, as well as a surprising array of other fuzz tones – from blues and psychedelic rock to desert rock and stoner metal. How you use it is up to you. More info here.

Check out the video by Shnobel, below.