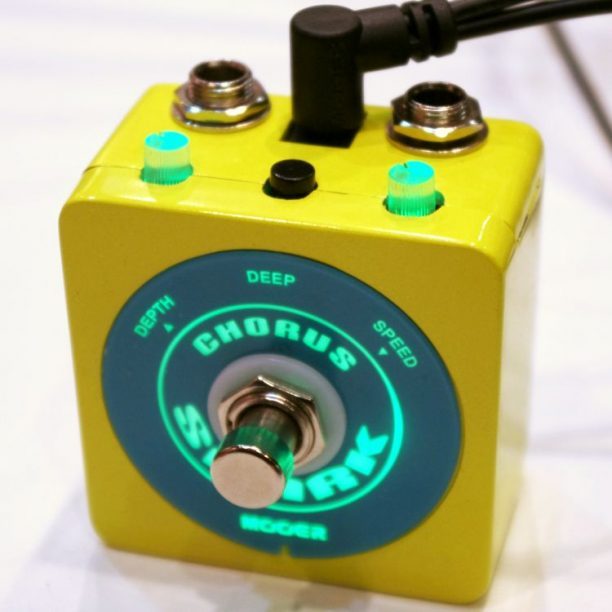 There is obviously a competition among stompbox manufacturers these days to see who can build the guitar pedals with the smallest footprint, and it seems like Chinese builder MOOER is comfortably in the lead. After releasing, in recent years, a ridicolous amount of tiny rectangular pedals for every taste (called the “Micro” series), MOOER just announced they will present a new series of even smaller stompboxes at NAMM 2014, called Spark Series.

These babies are barely bigger than a footswitch, but the jaw-dropping thing is that… the designers still found a way to include knobs on them!

Already seven models are announced on the manufacturer’s website, covering all the effect, dynamics and distortion basics. We bet there will be another dozen of this out within the end of 2014!