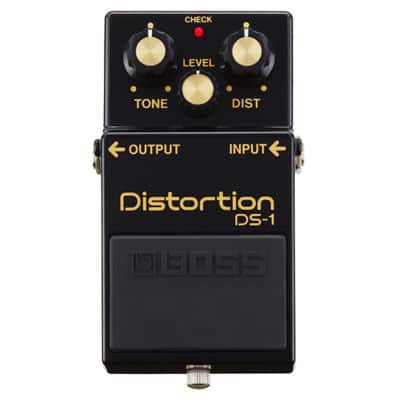 They say that Rome wasn’t built in a day, and neither was that stompbox empire that goes under the name of BOSS compact pedal series, arguably the most popular pedal line out there, loved as much by top notch pro guitarists and by more or less clueless novices.

In the beginning were three, brightly colored, simple pedals featuring just two knobs: the Over Drive OD-1 (I guess at the time they were still two separate words!), the Phaser PH-1 and the Spectrum SP-1 (no idea what that one did without looking it up…). 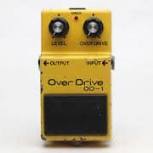 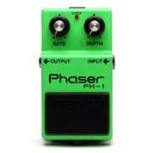 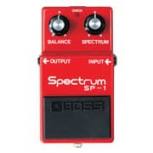 In the following four decades, more than 100 other models featuring the same clean look (but with varying colors and number of controls) were churned out by the Japanese manufacturer, granting BOSS an unrivaled position in the effect market, also thanks to their product’s extremely reasonable price points.

The most iconic of all BOSS pedals, the DS-1 Distortion, was actually released in 1978. (Those interested in the full chronology of the releases can find a timeline on this page, towards the middle of the page).

Sporting a darker orange case than the OD-1, the DS-1 featured higher gain, a hard-edged attack, less of a mid-range focus, and an extremely welcome tone knob. It was and is appreciated also because of its flexibility since it works well at lower gain setting or as a boost.

The DS-1 went on to become the top-selling BOSS pedal ever, finding a place on records by guitarists as diverse as Kurt Cobain, Joe Satriani and Steve Vai among others, and demonstrating an enviable longevity (no mid-life crisis as of yet either!).

To celebrate the compact pedal series’ 40th anniversary, BOSS released the DS-1-4A, a classy black and gold version of the same circuit that will be available in 2017 only.

By the way, if you are after a (probably) safe investment for the future, you may want consider buying a bunch of DS-1-4As, since two previous limited edition version of BOSS distortions are now among the rarest BOSS pedals of all times according to this video!

Check out the pedal’s video demos below!