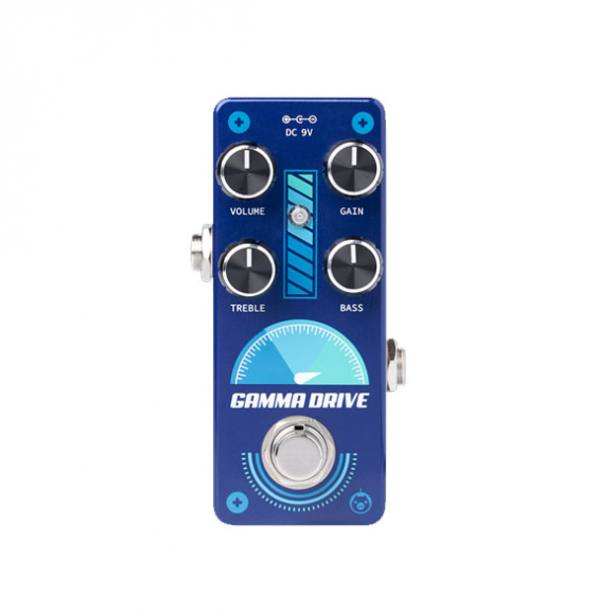 In the pedal world, overdrives are a niche that is for the most part based on technology that’s not particularly innovative, but the folks at Pigtronix have gotten us used to devices the push the technological envelope: their Gamma Drive does just that, through a circuit that features a unique mixture of germanium, LED and silicon diodes that deliver natural saturation that increasingly breaks up as the player’s dynamics get heavier.

The pedal can deliver a range of overdrive from clean boost to a full-on distortion, while the two-way EQ section allows for sculpting of treble and bass frequencies.

Take a listen to the sound of the Pigtronix Gamma Drive in the videos below.

TOUCH-SENSITIVE ANALOG DRIVE
Gamma Drive’s unique mixture of clipping diodes allow for touch-sensitive response, where natural saturation breaks up further as the player digs in. With the addition of a 2-band EQ, players can dial in Gamma Drive with precision, resulting in a lively, amp-responsive tone.