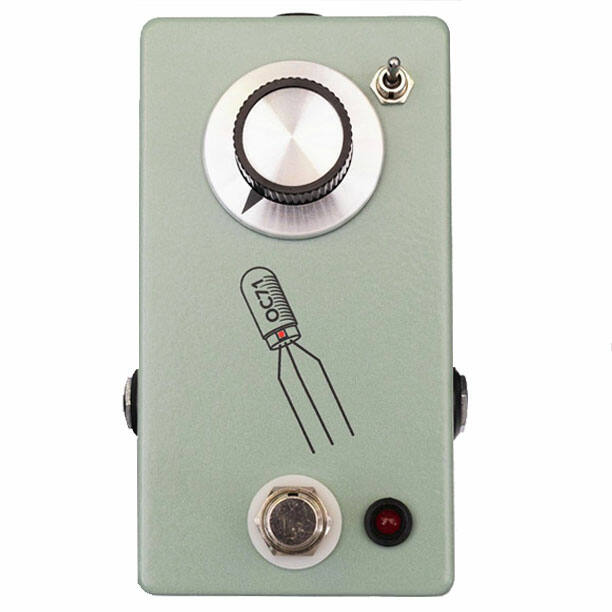 The JHS Germanium Boost is possibly the fastest-selling-out pedal in the history of pedals (it sold out in 7 minutes during the live broadcasting of this video). But in all likelihood, you’ll be able to find one on Reverb or eBay soon for around twice the original price of $249.

Based on a rare NOS Black Glass OC71 germanium transistor sourced from a private stash in the UK, this Dallas Rangemaster clone was printed in a limited run of 700 units.

For those interested in knowing more about the Dallas Rangemaster, we have this article dedicated to the Treble Booster (the circuit’s nickname) and its clones.

Knowing the attention to detail put into the company’s products, this JHS clone is likely to be an accurate reproduction of the original, with the added benefit of a bypass footswitch and a two-way toggle that gives you a separate boosted-frequency option delivering a thicker, more modern tone.

Check out the videos below, we added this pedal to our article about the best Dallas Rangemaster/Treble Booster clones and evolutions.

The world’s first dedicated guitar boost circuit was an unassuming grey box that sat on your amp. As easy as it was to overlook the enclosure, the sound was impossible to ignore.

The Dallas Rangemaster turned your tube amp into a raging force of saturated, mid-heavy distortion overdrive, so it’s no surprise that this circuit was the secret weapon for Rory Gallagher, Brian May and so many more guitar heroes. Original units sell for as much as $4,000 on today’s used market. Ain’t nobody got time for that.

The Germanium Boost is our faithful recreation of the rare and sought after Rangemaster. We’ve included modern updates like a bypass footswitch and a two-way toggle for choosing the frequency of the boost, either classic or a thicker modern tone. Inside each Germanium Boost is a NOS Black Glass OC71 germanium transistor– sourced from a private stash in England — delivering you blistering, sustaining guitar in the same vein as “We Will Rock You.”

This is a limited run, folks. We acquired a batch of vintage transistors and are basically going to build these pedals until we run out. Get ‘em while you can.