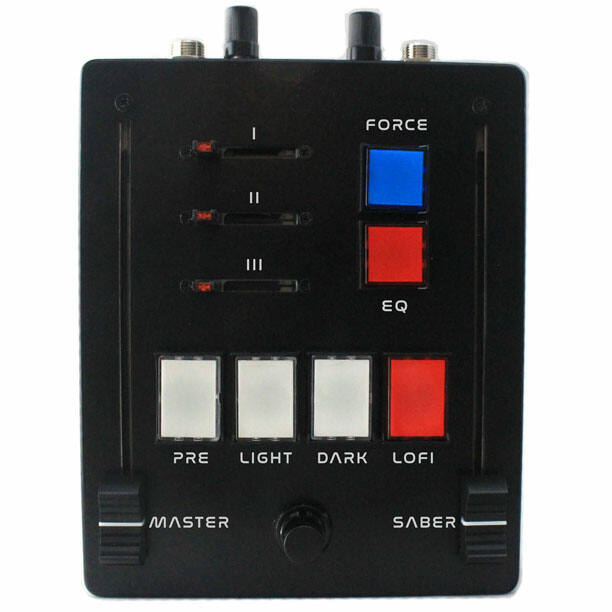 From a company that prides itself on releasing unconventional and playful-looking pedals comes the VVco Pedals Dark Father Preamp, a pedal filled with buttons reminiscent of electronic toys from the ’80s, that can deliver a wide range of tones thanks to its overdrive, lo-fi fuzz, two boosts, and 3-band eq circuits.

The pedal has three modes (two Boost and one Preamp). The overdrive is voiced after a DoD 250 while the two boosts are a silicon and a germanium diode hybrid boost. These circuits can only be played separately – can’t be stacked on top of each other – but the fuzz and the EQ can be added to each mode through the red Lo-Fi and EQ buttons. The blue “Force” button will add a boost in volume to the preamp/overdrive section.

Two faders on the sides of the pedal control the master output and the blend of clean and processed signal.

A preamp pedal with vintage overdrive, lo-fi fuzz, two boosts, and eq. With a classic overdrive style, modeled after the original DoD 250 preamp. Crank it up for a heavy overdrive or use it as a clean tone. The silicon boost, and the germanium diode hybrid boost. Can give your natural tone that extra transparent boost you want without over-saturation. Or maybe just our new lo-fi fuzz is all you need. With a retro gritty tone, it will never disappoint.

Pedal instructions: Use the pedal in preamp mode or boosts mode. Boosts work independently from the preamp and not at the same time. Lo-fi fuzz can be used with either the preamp or boosts. Only use engage one boost at a time. Boost cannot be stacked.