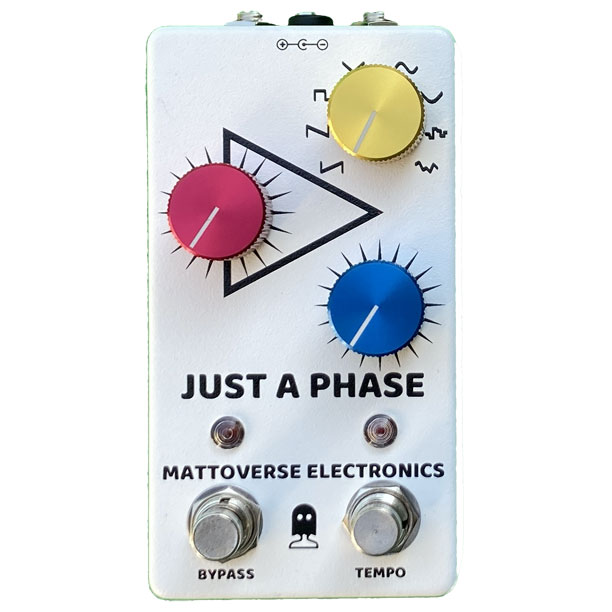 Phaser is an effect that has experienced a creative resurgence as of late. The Mattoverse Just a Phase pedal is a rather simple phaser with Tap Tempo that puts at your disposal eight LFO modes, including some unconventional ones like random square and slopes, ramp etc, in a compact case.

The other two knobs deal with depth and rate duties.

With an all analog signal path, 8 digitally controlled waveforms, and on-board tap-tempo, the new Just A Phase Phaser from Mattoverse Electronics is more than just another phaser.

This pleasing panoply of fabulous phaser sounds is captured in a compact pedalboard friendly pedal with top mounted jacks and a simple and intuitive 3 knob control layout (character/depth, rate, and waveform).