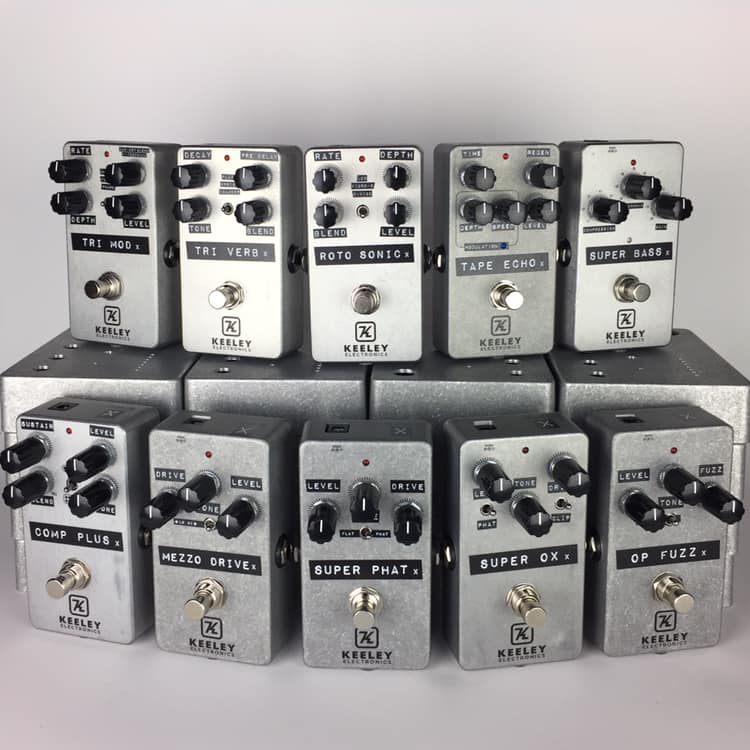 Robert Keeley just announced in this Facebook post the release of 10 new limited edition pedals under the series “X-Pedals.”

The stompboxes share simple graphics, red power leds (instead of the traditional blue ones) – only 30 copies of each will see the day of light.

Currently there isn’t any extra info about them, but from the picture it looks like there’s a little bit for every taste…