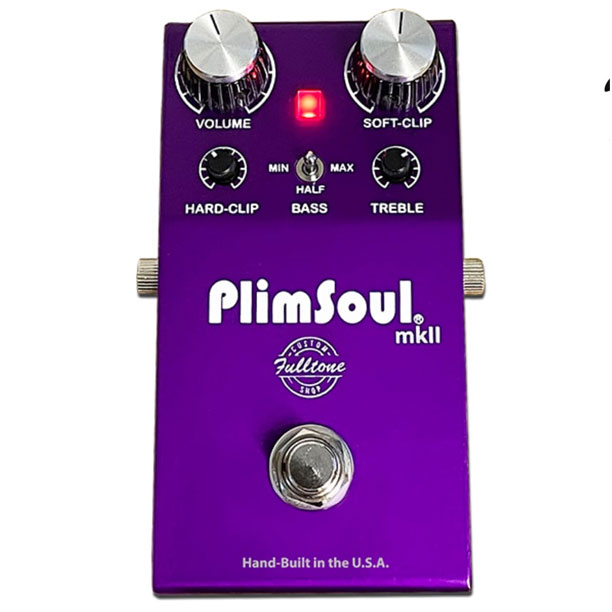 Yes, we have a big problem with Michael Fuller’s rhetoric and proneness to insults (we experienced the man’s “un-gentlemanliness” first-hand, some time ago) but we think that a blog that’s all about guitar pedals should not avoid covering any manufacturer based on what is arguably a freedom of speech and character-related issue, in particular one that is able to produce relevant products like Fulltone. Our role is to inform our readers of what’s out there, period.

The Fulltone CS-PlimSoul mkII is an overdrive that updates the popular first version with higher gain, higher impedance, top-mounted jacks and increased separation between the soft-clipping (gain 1, asymmetrical) and hard-clipping (gain 2, symmetrical) stages. The latter also features two Germanium diodes instead of LED.

The pedal’s EQ section has also been improved, with a new loss-less Bass switch, located just before the Hard-Clipping, to allow tight, mud-less percussive distortion, and a more effective Treble knob.

This circuit was designed to replicate not only the sound, but also the feel of a tube amp with its subtleties and complexities. It offers a variety of overdriven to distorted tones, as you can hear from the first demos, below.

This pedal is now shipping.