A History of Audio Plug Ins: Invasion of the “Sound Snatchers” 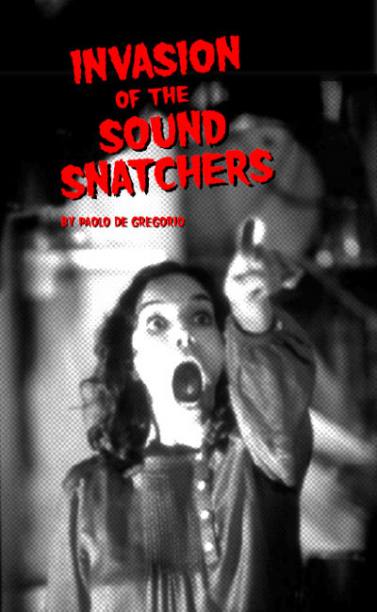 Do you remember the movie “The Crow”? The one where Brandon Lee, after dying (for real) while the film was being shot, was replaced by a computer generated, perfectly realistic image of himself? Something similar happened in the recording field, where old stars of that scene like valves, tape machines, instruments, effects and even rooms have been losing their spot in the sun in favor of perfect (or nearly so) virtual recreation of themselves – hey but… isn’t this the plot of the “Invasion of the Body Snatchers”?

Our movie’s plot lasted about 20 years, which is how long it took for digital recording technology to come to par with its analog counterpart that had been developed and refined for more than half a century. Digital recordings initially sounded harsh, and software sound processors and effects were rather primitive.

Notwithstanding fast improvements in quality, the digital technology was bound to suffer a lasting inferiority complex towards its analog counterpart. This is probably one of the reasons why software developers – exactly like synth programmers did a few decades earlier – made a huge effort to get their virtual effects and instruments to imitate or plainly reproduce the sweet sound of legendary analog equipment. This happened both for signal processing gear (like EQ boxes, compressors, guitar amps and other effects like delay, chorus and reverb) and for instruments of all sorts, keyboards in particular – but also drums. Although the audio software market is full of plug in effects emulating vintage outboard gear, this article will focus on some of the most exciting and groundbreaking software targeted to creative minds rather than pro mixing engineers.

How many rock keyboardists would die to own a Hammond B3 organ? Probably all of them. Unfortunately, these legendary instruments can cost anywhere between $5,000-$10,000. Native instruments’ emulation of the B3, called B4, can be purchased for as little as $200. How does it sound? In one word: glorious. Established engineers couldn’t distinguish the plug in from the real thing during an A/B comparison – that’s enough to prove how successful this technology can be. Native Instruments is the leading company in the virtual instruments realm, with many groundbreaking products including recreation of electric pianos and legendary synths from the past like the DX7 and the Prophet 5, and with a series of original designs like the semi-modular synth Absynth and the flagship sampler plug in Kontakt.

Of course, many other manufacturers are competing in this market with new and exciting plug ins. We’ll mention just a few here: Tascam’s Gigasampler was the first program to offer an extremely realistic piano sound, achieved using many layers of samples (the piano has always been a tough one to emulate). British G-Force has been developing wonderful and extremely affordable plug in modeling, rare vintage synths (we recommend ImpOscar, one of the most convincing and musical VSTi Synths out there) and even a highly recommended emulation of a mellotron (called M-Tron). IK Multimedia has recently released a fantastic sounding sample based emulation of the moog synth series, called Sample Moog and developed in collaboration with the Bob Moog Foundation. Also French company Arturia deserves a mention for their Minimoog, ARP, and Prophet V clones.

Guitar Amps (and pedals) got their identity stolen

I clearly remember the day when I saw the first guitar amp modeler. It was almost a shocking experience. I had always dreamed of owning a bunch of different guitar amps. But I had also feared that that dream was probably too expensive to be ever realized. Well, I was (kind of) wrong. The difference in sound created by different amps depends on how each amp’s preamp circuit and cabinet modifies the incoming guitar signal. These changes are pretty much all in the domain of gain, EQ and dynamics, and can therefore be recreated or – as they say – modeled with software programs. Line 6 Amp Farm was the first massively popular guitar amp emulation, only available for Pro Tools.

After many years, Line 6 has finally made its amp emulations plug-in available to other sequencers through a line of products (starting at an astonishing $99), which also feature, a VST plug in version (called Gear Box Plug In) of their famous hardware unit, the Pod. IK Multimedia is again a strong contender in this niche with their highly regarded – and gorgeous sounding and looking plug ins – Amplitube (for guitars) and SVX (which emulates the Ampeg line of bass amps). Native Instruments has recently joined these contenders with Guitar Rig, which comes with a good interface particularly suitable for live performance,

Drums and their Rooms

But what about Drums? Drum machines played a crucial role in defining the sound of electronic rock and pop music, but, just like synths, they didn’t sound very realistic. Although programmed and sampled drums have been used in pretty much any mainstream hit since the 80s, they could be spotted from miles away, because of their rigidity and lack of subtle detail and realistic spaciousness.

Then FXpansion, in the early 00’s, released BFD (that according to a not so urban legend is an acronym for Big F***ing Drums). While basic drum sound plug ins had been developed already by pretty much any virtual instrument manufacturer, FXpansion released a piece of software that was going to redefine the standard and make virtual drums sound much closer to the real thing. BFD offers sampled recreations of all the top-notch drum kits manufacturers from Slingerland to Ludwig, from Pearl to Zildjian. These drum kits though, quite interestingly, also came with a space: the room sound of one of the best LA recording studios. Instead of capturing the single drum hits separately with just one or two microphones, these kits were recorded as a whole with both close and distant micing, exactly the way live drums are recorded in a studio. The accuracy of the sounds, the highly tweakable bleeding and interaction of all the microphones (close ones, overheads and distant) and the great spaciousness added by the room sound captured during the sampling session make this plug in a must for anyone into realistic drum programming.

FXpansion’s BFD redefined the standards of samp[led drums, making them sound much closer to the real thing.

After BFD (which has just seen a major update with version 2.0), many other companies have jumped on the bandwagon. We only have the space to mention a few here: Steinberg’s Groove Agent (which also focuses on less realistic sounds and is less cpu resources hungry) and Digidesign’s Strike, a similar program for Pro Tools only.

From Virtual to Replaced

In Don Siegel’s 1956 movie, the Body Snatchers didn’t just pretend to be somebody: they aimed at (and ended up) replacing humans with identical copies of them.

Curiously enough, the word replacement has become very common in audio when referring to drum sound. If a snare or a kick didn’t sound very good, a few years ago, thanks to the marvels of the new computer based audio workstation, engineers used to edit out all the original hits and replace them with other sounds or samples. Granted, that used to take a few hours of painful editing per song. But since the advent of Drumagog, things have gotten way easier. Drumagog is a unique plug in that detects in real time the hits of any percussive instrument and replaces them with samples of your choice (even the ones from FXpansion’s BFD – if you own both programs). One of the many functions of this extremely useful plug in allows you to assign slightly different sounds to louder or quieter hits. Replaced and improved!

Drumagog is an audio plug in that detects in real time the hits of any percussive instrument and replaces them with samples of your choice (even the ones from FXpansion’s BFD).

From Replaced to Relocatcated: Virtual Spaces

A concept similar to replacement, but never really used by audiophiles, is relocation. Great recordings (of the realistic variety) always give the listener the illusion of space – or an impression of the space where they happened. In some cases – orchestras, choirs – the space where the music is performed is truly essential to the genre’s sound.

The famously explosive Led Zeppelin drum sound cannot be recreated in a small dead room, even if you get the original players and drums. Unless you have some ways to recreate that particular room sound – therefore placing your recording in a new (but virtual) space. Digital reverbs have always fallen short in this endeavor by sounding rough and often a little cold and flat. In the early 00’s,

Dutch company Audio Ease started developing a concept that was the equivalent of sampling, but applied to room reflections. The product of this effort was going to be the first convolution reverb, called Altiverb. It came (and comes) with a library of hundreds of “sampled” spaces, from famous recording studio rooms to arenas, churches and theaters. Other similar convolution reverbs are Waves’ IR-1 and Wizoo’s W2.

Audio Ease started developing a concept that was the equivalent of sampling, but applied to room reflections. The product of this effort was going to be the first convolution reverb: Altiverb.

So, these sneaky plug in/sound snatchers have been slowly replacing orchestras, guitar amplifiers, drum sounds, vintage keyboards, vintage analog outboard gear, great sounding spaces and what not… we are left to wonder if they will ever replace human beings too. The idea of a computer program able to perform a highly complex and creative task like rehearsing like humans do seems remote.

But the even more fascinating idea of bringing back to life the sound of great performers from the past is a task within reach. Ask the guys at IK Multimedia, who released a plug in emulation of Jimi Hendrix’s guitar sounds, through a plug in – called Aplitube Jimi Hendrix – that emulates his full setup, including amps and incredibly rare distortion pedals, and that comes with presets modeled after the guitar sounds on each song of Jimi’s first 3 albums. Isn’t this beautifully surreal?

With Amplitube Hendrix, IK Multimedia realized the fascinating idea of bringing back to life the sound of great performers from the past.

Where is the limit?
The development of audio software in the last two decades has been nothing less than breathtaking. Adventurous companies like the ones we mentioned in this article came up with concepts and ideas more and more exciting and daring. There are people working behind the scenes who are creating wonderful toys that have the power to inspire musicians and to create new sounds. We are left to wonder how they will manage to make our jaws drop next time – because there’s no doubt they will.