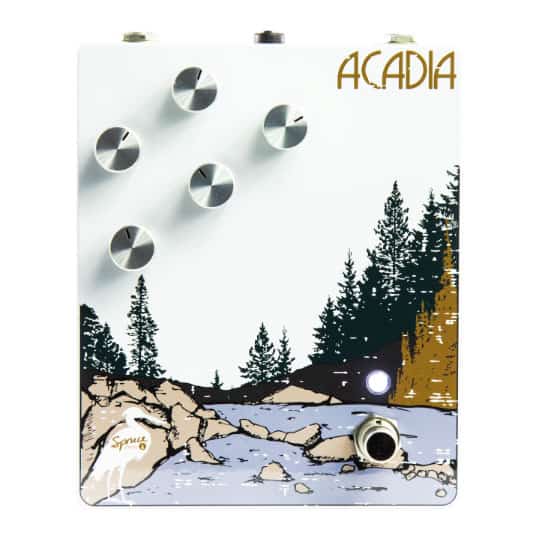 This pedal is very flexible thanks to the two gain stages, controlled by the two top knobs, and the three tone sculpting bottom knobs, controlling, from top to bottom, Volume, Bias and Depth.

The Acadia pedals will feature art and names inspired by the American natural parks, and will come in a beautiful and “vintegey” custom tin ‘lunch box’ carrying case

As the eastern-most National Park in the United States, The Acadia is the first pedal being released in The Americana Series. This fuzz is a highly tune-able beast with multiple gain stages ready for whatever your amp, guitar, and playing style can throw at it. It can do light, warm grit, subtle, volume-interactive fuzz, and raging sustain depending on settings.