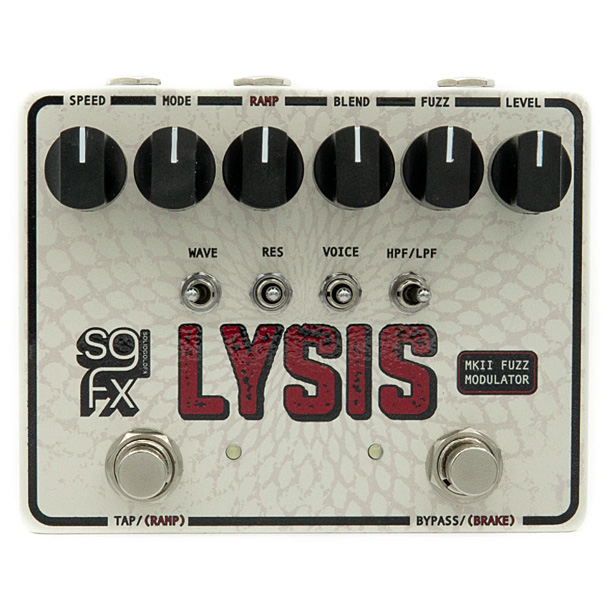 The SolidGoldFX Lysis made a splash when it was first unveiled at our Stompbox Booth at NAMM 2019, making it into reverb.com’s top 7 of the new NAMM releases. The Montreal-based company just upgraded it with a MkII version that takes this modulated octave fuzz/synth to a new level.

Driven by a discrete FET preamp and high-gain fuzz circuit, the Lysis feeds the resulting square waves to a series of effects including a resonant hi/lo-pass filter, a digital polyphonic octaver (up and down), and a modulation section loaded with 33 different triangle, sine and square waveshapes coupled with 3 resonance modes.

While the original Lysis could just deliver octave-down, MkII can do octave down/octave up voicing and octave down/fifth pitch shifting, for automatic power chords!

Check out the first videos of it!