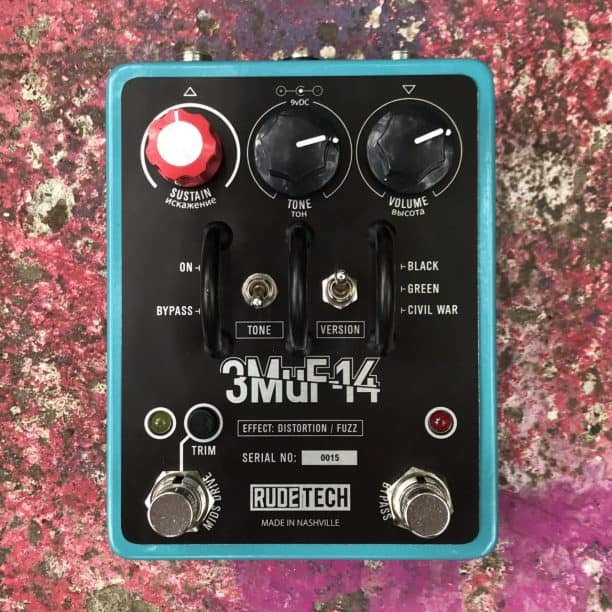 To further widen your sound palette, the muffed-out tone is then put through an overdrive circuit with a slight mid-frequency bump (tweakable via internal trim pots), for extra punch and definition. This overdrive has a separate gain knob (Trim) and can be triggered via the second footswitch; its opamps and transistors can be swapped with your favorite ones for extra flexibility.

Here are some videos of the Rude Tech 3MuF-14.

Three different muff fuzz circuits, selectable with a 3-way toggle switch.
Add to that a tone-bypass option, then feed it all into an active Mids Overdrive that you can kick on and off at will.

Remember when muffs were rumored to be made of scrapped Soviet tanks? Well, the 3MuF-14 might as well be a control panel ripped out of the cockpit of a MiG jet.