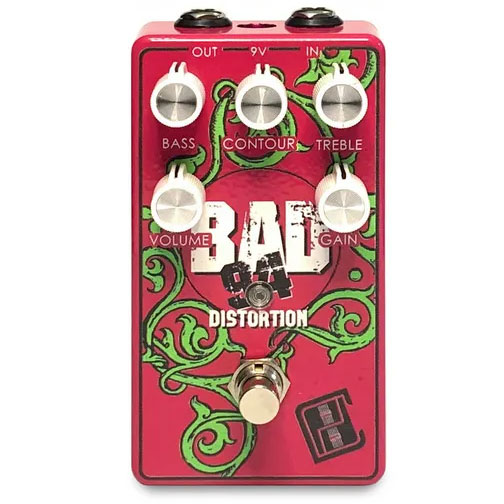 Legendary Filipino guitarist Perf De Castro now has his own signature pedal, the BAD 94, a distortion based on the (now discontinued) Marshall Shredmaster, with more gain, higher output and extended treble range.

The BAD 94 shares the same controls as the original (Vol, Gain, Bass, Contour, Treble), but can deliver a wider range of sonic results useful for Blues and Alt Rock and even Metal.

Take a listen to its range of sounds in the videos below.

The BAD94 is Guitarist/YouTuber Perf De Castro’s signature distortion pedal that captures the sound and feel of his early career guitar solo tones.

The BAD94 builds on the structure of Perf’s early ’90s shredded meister pedal of choice, but updated with modern appointments such as top-mounted jacks, true bypass switching and pedalboard-friendly form factor.

While the BAD94 shares the same controls (Vol, Gain, Bass, Contour, Treble) as the pedal it’s based on, improvement tweaks like an extended treble end and a more musical gain range from big warm pushed Bluesiness to thick roaring Rock and Alternative Crunch to Singing Liquid Sustain makes it applicable to different musical situations and as versatile as the BAD94 signature namesake. These controls will allow you to adapt the BAD94 to any guitar and any amp and retain the core tone.