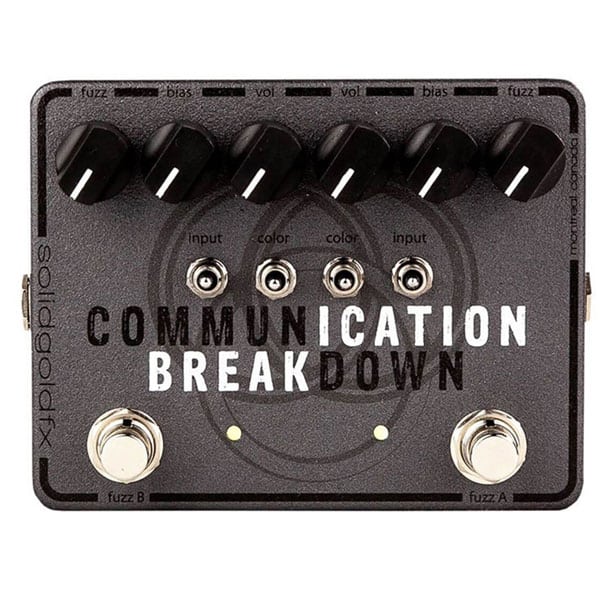 Visitors of our Montreal Stompbox Exhibit (part of MUTEK’s Sonic Circuits), had a chance to try out the prototype of local builder SolidGoldFX‘s Communication Breakdown Fuzz.

This is a circuit that includes two similar but different fuzz circuits inspired by the legendary Tone Bender Fuzz that can be stacked on top of each other or used separately. Fuzz A (on the right) reinterprets the two-transistor design of the MK1.5, adding warmth and aggression thanks to its Silicon transistors; Fuzz B (left footswitch) is an evolution of the classic MkII and its super-saturated fuzz tone, with more stability and clarity than the original. A Bias knob per channel lets you define more precisely each fuzz’s tone, in conjunction with the four toggle switches in the center of the pedal (input and color).