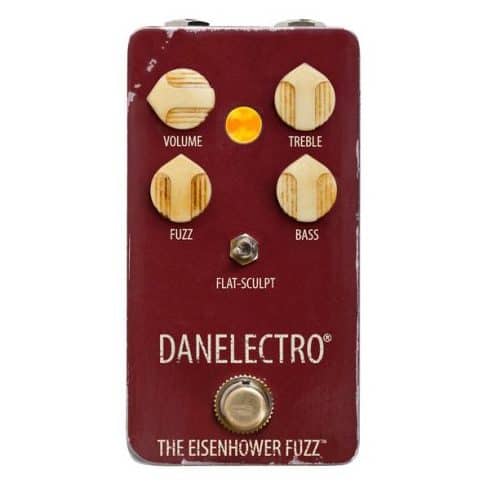 Danelectro certainly enjoys doing things in quirky ways and we like that.

The line of affordable but sleek looking pedals it unveiled at NAMM 2017 was ironically called “BILLIONAIRE” – a word that certainly resonates with struggling musicians! – while at this year’s Anaheim convention it presented two new pedals under a new “vintage” series. But, of course, new pedals can’t be vintage, although they are inspired to vintage circuits (the sources of inspiration are never mentioned in the product description…).

One of these is the Eisenhower Fuzz, based on the “greatest octave fuzz pedals ever” – we are left to guess, a Roger Mayer Octavia, maybe? – but improved with an amped-up gain and added EQ, including a “Sculpt” mode that scoops mids and boosts bass for the guitarist on a metallic mission.

On top of that, the case comes already scratched up for that unvaluable vintage-y feel!

Check out the two demos of the Danelectro Eisenhower, below.

This 50 year old is just hitting its stride. Over the top Fuzz with super hot Octave effect. A mint example will cost you plenty. But it still will not sound half as good as this. We amped the gain and added EQ. Delicious harmonics with super “out front” octave. Sculpt setting scoops mids and boosts bass for outrageous “in your face” tone. Such fun!