California based manufacturer Danelectro is renown for its stylish guitars – their baritone models are particularly popular these days – but until about a decade ago it was also a big player in the stompbox arena.

Their original line of pedals from the ’90s has some true classics (the Fab Tone distortion above all), while their mid-aughts, plastic cased mini-effects from the similarly named “FAB” series preceded and predicted the mini-pedal mania, but ultimately didn’t manage to trigger it or ride its wave.

That intuition, and this bizarre spring reverb called Spring King, are a testament to a company that likes to think outside the box – and also ironically toot its own (FABULOUS!) horn when choosing a name for a new product.

This last inclination is fully on display in the new line of stompboxes Danelectro unveiled in the summer of 2017 on the occasion of their 70th anniversary, called BILLIONARE,. Notwithstanding the name, the line is obviously not aimed at the (slim) category of loaded guitarists, since it’s actually very affordable, with a street price between around $70 and $80 per pedal. It consists of four effects and one power adapter and features the classic curvy “U” shape sported by both of Danelectro’s previous effect series, but with an appropriately posher look – the units look a little like they could be an accessory of a Jaguar from the ’60s.

Being painfully aware that these pedals won’t make you wealthy, you may wonder if, at least, the BILLIONARE line will keep somehow faith to its name and give you a rich tone…

Reviews aren’t out yet, but a few videos have popped up, so we’ll let you judge: as usual, click on the thumbnails below to see/hear them. A mouse-over will give you the manufacturer’s humble description. 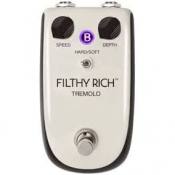 Danelectro Filthy Rich Tremolo
Danelectro® invented the thickest, deepest amplifier tremolo in the late 1940’s. Billionaire® brings back this original Danelectro® technology for the richest tremolo tones ever. One listen and this will be a prized part of your arsenal.
1st tap: info, 2nd tap: video
Ebay 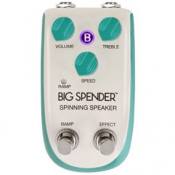 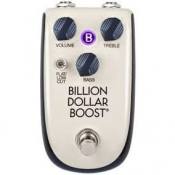 Danelectro Billion Dollar Boost
Secret weapon of A-list Irish and Brit rockers. Reissue of rare 1980’s “hidden gem”. Stellar boost of all frequencies plus clean pre amp with gobs of gain. Crisp clean tone with volume set at 50% or less. Hits amp for crunchy bite with volume past 50%. Don’t listen unless you want to own it. You will never part with this one.
1st tap: info, 2nd tap: video
Ebay 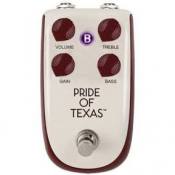 Danelectro Pride of Texas Overdrive
"Aces the bluesy tone of one of the greatest players ever to walk the earth. Fattens up signal without loss of clarity or voice. Adds push and fatness to single coil or humbuckers. Plenty of boost for crunch rhythm or solos. If you can take only one pedal into the studio to record your dream tune, make sure it is this one"
1st tap: info, 2nd tap: video
Ebay