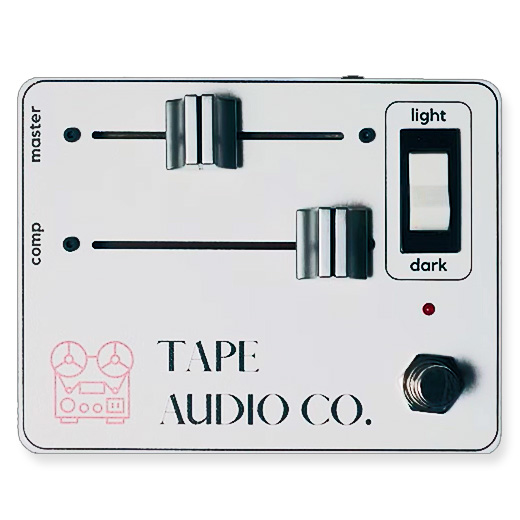 Tape Audio Co. ONE is a new pedal company run by folks who’ve been working on guitar effects for over 15 years, and ONE is the builder’s debut stompbox, a stylish-looking original fuzz circuit with two faders and one old-style button switch.

Although the two Silicon SE4010 transistors in the circuit may make you think of a Big Muff-style fuzz, the pedal’s rather extreme but tweakable sonic character doesn’t closely match any of the classic vintage fuzzes, and neither does it’s control layout, featuring a Master fader, a Compression fader, and a Dark/Light switch.

Master controls the overall output, which can feed extra volume into your amp, while Comp sets the compression characteristics of the clipping section – both controls are very interactive with your guitar volume control. The switch gives you two EQ flavors for standing out (light) or blending in the mix as a driving force (dark).

The Tape Audio Co. ONE Fuzz looks and sounds cool, check out the videos of it!

ONE is the first product for Tape Audio Co. We spent months dialing it in and getting feedback from fuzz friends and love how it adds texture and color while maintaining simplicity. With two basic controls (volume and compression), and a switch to toggle between two EQ settings, you have a simple, yet effective fuzz to elevate your dirt repertoire. Master controls the overall output of the effect, which is a lot, and Comp controls the compression characteristics of the diode clipping section of the circuit. Even though it’s a balls to the wall fuzz, you have a lot of control and it’s very interactive with your guitar volume control.