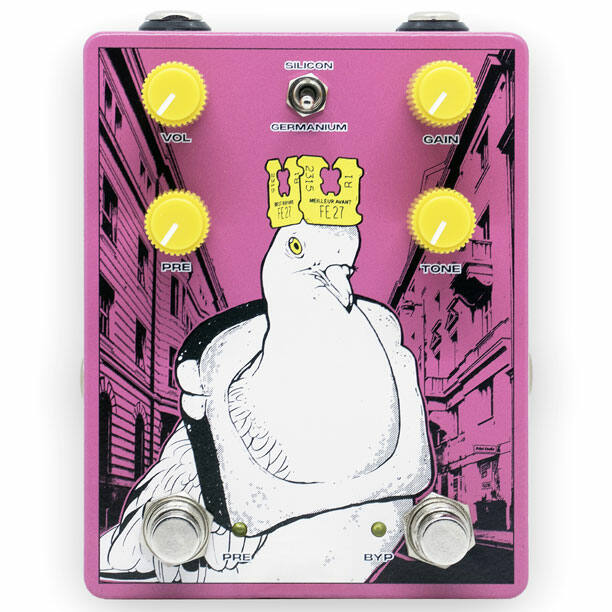 The Ground Control Bread Oath is a new overdrive by the Montreal boutique builder best known for giving guitarists of the world the unique EQ pedal Noodles.

An evolution of the first pedal ever built by company owner Sébastien Vézina under the Ground Control label, the Bread Oath is a low to mid-gain opamp-based overdrive with Silicon and Germanium clipping modes.

It features a footswitch-activated pre-gain stage acting as a boost, useful for standing out during chorus or matching the rhythm section during loud choruses.

A Tone control allows for some degree of tone sculpting.

Check out how this baby sounds in the videos below.

The Bread Oath is a low-mid gain, opamp-based overdrive, designed to push your amp into breakup and sprinkle in some clipping harmonics of its own. The Bread Oath features both Si and Ge clipping modes as well as a secondary pre-gain stage for those parts where you need to go in hard.