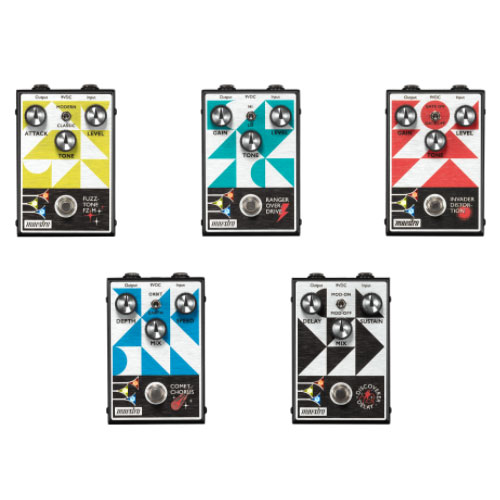 Gibson reissued, in partnership with Reverb.com, an updated version of their Maestro line of pedals, which were the first pedals ever released and are almost impossible to find in their original version, dating back as far as 1962.

Gibson says this is just the beginning of a line destined to grow.

Check out these videos tackling the entire line, we’ll post single videos for each pedal within a few days.

In the early days of effects, Maestro’s Fuzz-Tone, Echoplex, Boomerang Wah, and other units were instrumental to popular music, from The Rolling Stones’ “Satisfaction” to Isaac Hayes’ “Theme From Shaft.” Now, Gibson is bringing back the legendary name, with a whole new line of all-analog effects pedals that don’t just pay homage to the past. They push the Maestro story into the future.