The Best Distortion Pedals in 2023 | A Buyer’s Guide


Welcome to our buyer’s guide to the Best Distortion pedals!

Together with fuzz and overdrive, distortion stompboxes fall under what electric guitarists commonly refer to as the “dirt box” umbrella. If you aren’t sure about the differences between those three types of effects, we’d recommend reading our article entitled Overdrive Vs Distortion Vs Fuzz: What’s The Difference?

Please note that this page only covers pedals strictly labeled as distortions, not overdrives nor fuzzes, although this doesn’t necessarily mean that some of the devices in this list can’t deliver overdrive or fuzz-like tones. 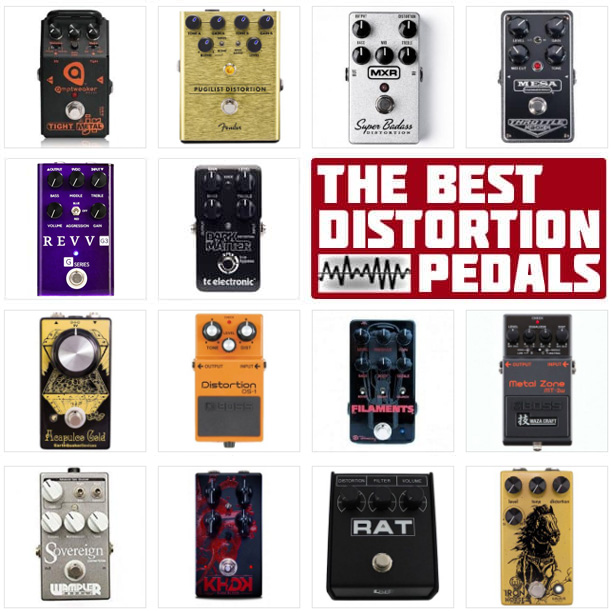 Ready to buy? Please use our affiliate links to Sweetwater, Reverb.com, Amazon, and the other independent stores – that’s what’s allowing us to keep this site alive at no cost to you!

How Did We Compile This Shortlist?

The title of this article may appear loaded to you, and some may wonder: “who is Delicious Audio to have the last word about the best distortion pedals?” – a question to which we humbly answer: “you are right, and that’s why we aren’t making any decisions here!”

The selection and order of the pedals featured in this article weren’t compiled by us, but by aggregating several recent “Best Distortion Pedals” lists by reputable sources we found online (we list them at the end of the page) and also by considering some data about each unit’s sales. It doesn’t get less subjective than that!

The term “Distortion” is often used in audio to refer to any scenario where the original signal is transformed by feeding a circuit, component or recording medium an excessive amount of volume, which results in the generation of artifacts like extra upper harmonics and compression.

In the pedal world, distortion is differentiated from overdrive because it’s generated by “hard-clipping” rather than “soft-clipping.” The former generates a more compressed and noticeable distortion sound, while the latter is more dynamic and subtle.

How Does Distortion Sound?

To sum up the sound of Distortion in a few words we could say that it’s an effect obtained through gain saturation that is not as transparent and dynamic as an overdrive nor as grating and compressed as a fuzz pedal. It colors your sound, and the more gain you apply the more compressed and… distorted it gets.

Some pedals excel at delivering a specific range of distortion – hence the common labeling of “lo-gain” vs. “hi-gain” (“medium-gain” is also a thing, by the way).

As usual with our interactive galleries, click on the name of the pedal or the image to open a video.

And if, because of this article, you feel inspired to buy something, please use the affiliate links we provide! It’s one of the few ways we have to support this blog and doesn’t cost you anything extra! 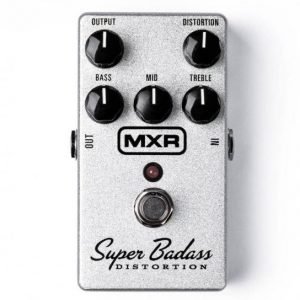 A pedal inspired by the British tone associated with the EL34 tube (read: Marshall and Orange amps), the MXR M75 delivers versatile distortion with plenty of sculpting options thanks to its three-way EQ section. The dedicated Mid knob allows for scooped tones (good for metal) or the more mid-rangey distortion in vogue in the ’70s.

This is a circuit with a lot of range, that can deliver “edge of breakup” and dynamic overdrive tones great for blues at lower gain settings, and get into serious hard-clipping when you turn up the Distortion knob. This makes it one of the best distortion pedals in the “rock” range of genres.

At $99 the price is just right, considering the rugged metal housing and the brand name. 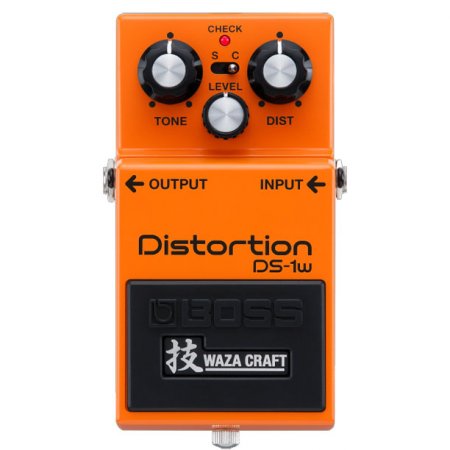 This BOSS distortion pedal is an affordable, evergreen classic that covers your basics and does it with style, and the new DS-1w version addresses the shortcomings of the legendary original.

Released in 1978, the DS-1 is one of the (if not the) best-selling pedals ever. The Level and Dist knobs open up a variety of saturated and distorted sounds, while the Tone knob can make your guitar cut through during a solo or tame the highs for chord sections. Curt Cobain and Prince were big fans of it.

In recent years it seems to have become something of a “love it or hate it” item among guitarists, with some declaring it’s the best pedal distortion ever made, and others simply not getting it. This is probably due to the fact that it’s not precisely a pedal made for warm/dynamic tones, nor it’s the best distortion pedal for blues.

However, the 2022 DS-1w offers an extra Custom mode that offers a bigger sound and more input sensitivity. The Tone control changes behavior in this mode, tuned to boost mids and presence at once, while the level is increased by 6 dB, providing a wider range of gain boost for driving amps and pedals.

BOSS DS-1w AT A GLANCE 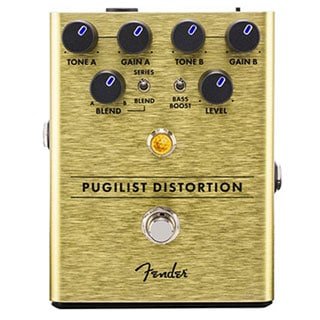 We were quite surprised to find this pedal mentioned in almost all the best-of lists we took into account for this piece.

This all-original circuit features dual gain engines—with independent tone controls for each—letting you select multiple variations of distortion and parallel/series configuration. Series/Blend switch lets you stack channels for thick, cascading distortion, while the Bass Boost switch fattens up your tone. Players and critics love it not only for its sound but for its versatility, although it shines at high gain distortion.

It doesn’t have separate footswitches for each channel (something you can have in its bigger and pricier sibling the Fender Duel Pugilist), but at $119, that’s something nobody, in good conscience, can complain about.

FENDER PUGILIST AT A GLANCE 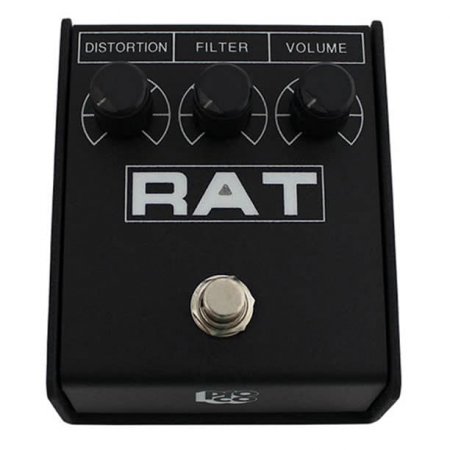 Launched in 1978, the RAT is a classic, evergreen distortion circuit that’s remarkably affordable and quite flexible tone-wise. It seems to be permanently on top of Reverb’s list of best-selling distortion pedals. Its aggressive distortion is achieved by overdriving an op-amp chip, rather than diodes and transistors like most other similar devices do.

There have been a few different versions of the classic RAT featuring different op-amps, but overall, the line has remained true to the original, consistently shining at thick distortion and borderline fuzz tones. At lower gain settings the RAT produces a usable overdrive sound, but this is a pedal born for lead tones, fully distorted rhythm parts, and even over-the-top fuzzy madness when all gain knobs are turned up.

A peculiar thing about this pedal is its Filter knob, which works in a reversed fashion compared to similar EQ controls found in other pedals (i.e. things get darker clockwise and brighter counter-clockwise). As hinted in the name, this really a low-pass filter rather than a “tone” control, adding a lot of versatility to this pedal by allowing the player to roll off the often harsh top end of the distorted tone without affecting the bass frequencies.

Although there are now several different RAT variations, the current updated version of the original is the RAT 2, featuring the new OP07 Op-Amp. Its tone is a tad more aggressive and bright than the (sought-after) vintage units sporting the LM308 chip, but it’s a subtle difference that only obsessive RAT lovers will notice (certainly not your band’s fans).

We have an entire article about the best RAT pedals, reissues and clones, check it out!

PROCO RAT AT A GLANCE 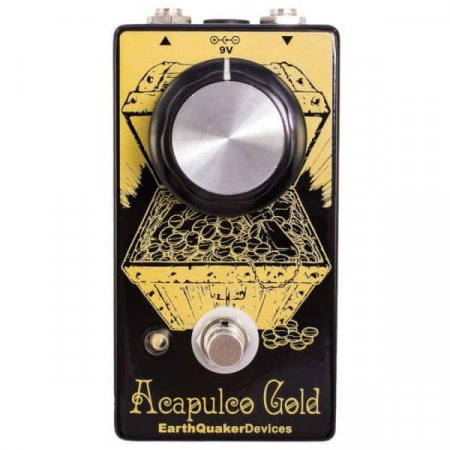 An authentic emulation of a Sunn Model T Amp, this one-knob pedal delivers one distortion flavor but does it amazingly well, and with plenty of gain on tap. The circuit is actually very responsive to your guitar’s volume and pickup selection, so you can use those controls to widen your tonal palette from light crunch all the way to that stoner sound the original amp is famous for.

EQD ACAPULCO GOLD AT A GLANCE 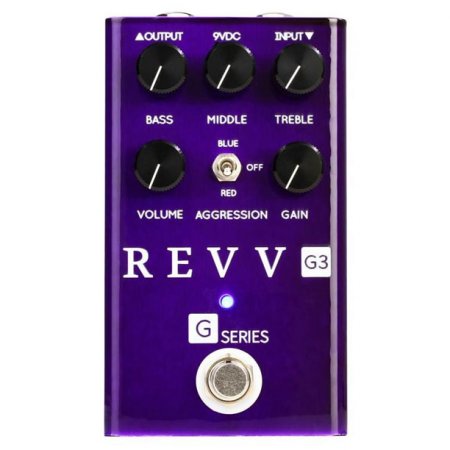 A pedal designed with metal players in mind by an established boutique amp maker, the REVV G3 is a tight and clear distortion with a very responsive 3-way EQ section and Blue and Red “Aggression” modes that deliver a slightly different character in the mids (red being the most aggressive, “off” the least).

Built by hand in Canada, the G3 is truly boutique, and you can feel that in the price tag. However, considering that it’s voiced after the popular purple channel of the company’s critically acclaimed 120-watt Revv Generator amp (which sells for over $3,000), it may even be a steal at $229 or so.

The amount of gain delivered by this device cannot be underestimated, but gain by itself doesn’t get you in a top ten list! The G3 delivers great sounding distortion, and (much) more than one flavor of it, thanks to a tone-shaping section that’s at once intuitive and useful. Hands down one of the best distortion pedals for metal.

REVV G3 AT A GLANCE

We have a four-way tie on 6th place – see videos and descriptions in the following gallery: 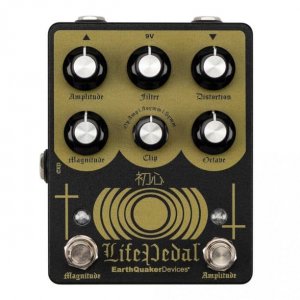 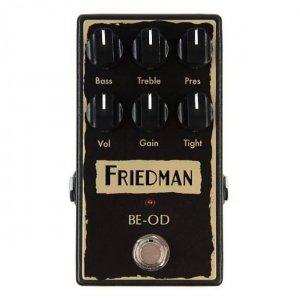 Friedman BE-OD
$199 - A popular and highly regarded emulation of a high-gain JCM amp, from a builder that's grown a stellar reputation for manufacturing great-sounding Marshall-style amps (the pedal is said to be a compact version of the Friedman BE100 amp). The Tight control is useful to bring out the pick's attack.
1st tap: info, 2nd tap: video
Zzounds 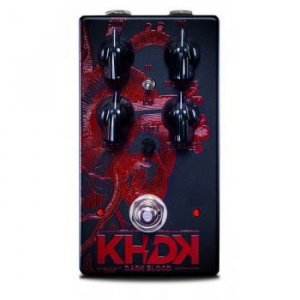 KHDK Dark Blood
$229 - Designed to get a tube amp-like distortion and response with a midrange focus, this is a hybrid solid state and MOSFET design with a treble booster added to the front end of the circuit. It’s got great midrange presence and clarity. The Hi Gain switch adds more sustain without becoming overly compressed.
1st tap: info, 2nd tap: video
eBay 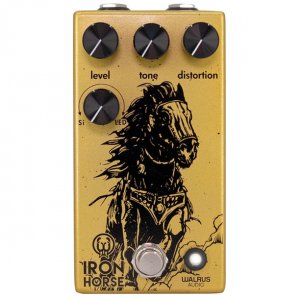 Walrus Audio Iron Horse V3
$199 | A warm, classic sounding RAT-style pedal based on the LM308 chip but offering a broader palette thanks to a clipping knob which blends the character of two diodes: Silicon (left position) for more compressed tones and LED (right) for more dynamic ones. The other controls will behave differently depending on the position of the clipping knob, for a wide range of sonic possibilities.
1st tap: info, 2nd tap: video
Zzounds

These are pedals that got two mentions in the lists we consulted, discover them in the interactive gallery below. 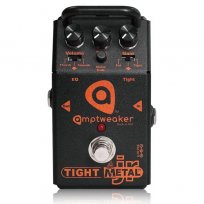 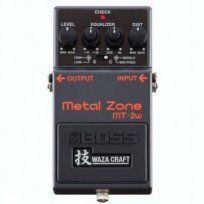 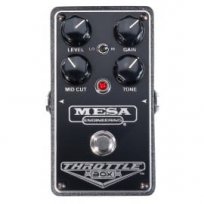 Mesa/Boogie Throttle Bo1
$199 - A high gain yet rather versatile distortion by one of the prime names in high gain guitar amps. The Mid Cut knob alone tells you this is a pedal created for mid scooped tones. The Lo/Hi switch gives access to either lighter crunchy tones or full saturation ones, while the Tone knob opens up more EQ options. An internal DIP switch lets you reduce gain and low end.
1st tap: info, 2nd tap: video
eBay 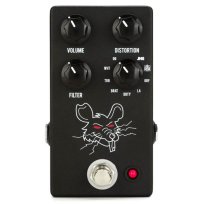 JHS Pedals PackRat
$249 | Based on the innovative multi-mode format of the TS-inspired Bonsai, PackRat is a tribute to the 40+ years of RAT distortion evolution through 9 voices accurately replicating various RAT models and RAT-inspired pedals, including JHS's popular but now discontinued mod. Basically, it's 9 RATS inside one compact case.
1st tap: info, 2nd tap: video
Zzounds 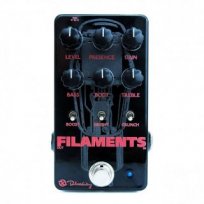 Keeley Filaments Metal Distortion
$189 - A high-gain distortion with three gain stages that also sounds great at lower settings. Warm and dynamic when the gain(s) are tamed, tight and punchy when blasted, this pedal offers an enourmous amount of tone sculpting options through four EQ knobs and toggle switches for Boost, Bright, and Crunch. It can get you the distortion you need for almost ever genre of music.
1st tap: info, 2nd tap: video
Zzounds 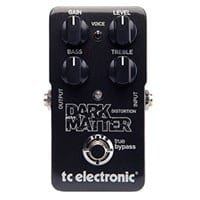 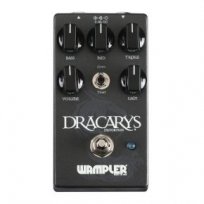 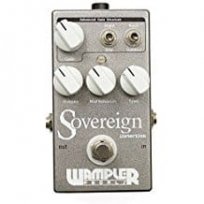 Wampler Sovereign
$199 - A very tweakable distortion pedal with two knobs for color (Tone and Mid Contour) a toggle switch for Vintage or Modern tone and another one for Boost or Gain behavior. Can easily deliver aggressive scooped tones, classic distortions, brighter or lighter overdrive tones and anything in between.
1st tap: info, 2nd tap: video
Zzounds

We based this list aggregating the following Best Distortion Pedal lists:

I was looking for your list of the best overdrive and buffer pedals, actually. Interesting that the Fuzz Factory didn’t get an honorable mention on this list, though.

We only included distortion pedals here, the Fuzz Factory is not a distortion and it’s included in this other article about the Best Fuzz Face-inspired pedals:
https://delicious-audio.com/best-fuzz-face-clones/