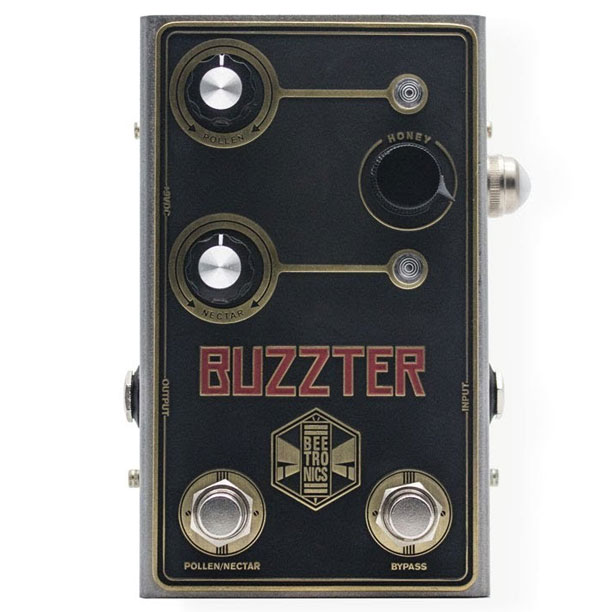 People say that life stops in Brasil during the soccer world cup, but, evidently, that doesn’t apply for Brazilian (via Los Angeles) pedal manufacturer Beetronics. The company unveiled this new double Boost pedal, called Buzzter, smack in the middle of the championship’s intense tournament phase.

The pedal was created with the modern rocker in mind, since that genre is built on dynamics that can require more than just one step between “quite” and “loud”: with two boosts in one pedal you get 3 different stages levels, having your clean tone and two steps up from that.

Not a clean boost, the Buzzter “adds a little chime to your tone making it a great tone enhancer,” which also helps cut through the mix when needed.

Rather than featuring two separate boosts, the pedal only has one (the Nectar knob), but includes two attenuators (Nectar and Pollen) which allow you to differentiate the volume of the two presets.

Check out a few videos below.