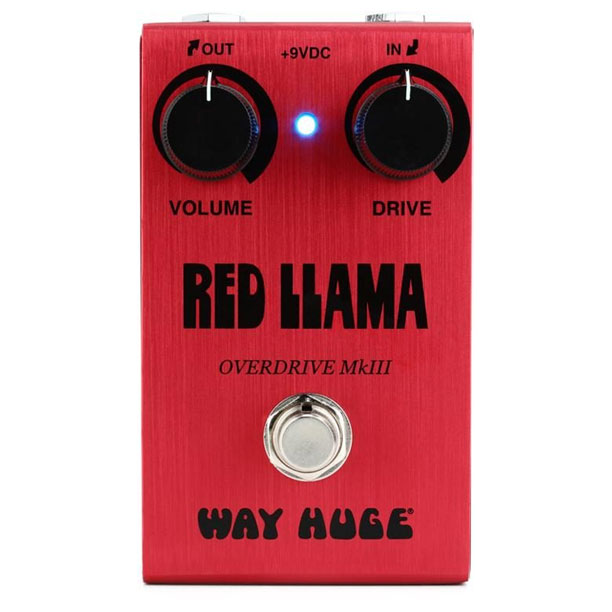 The original Way Huge Red Llama was the first pedal released by the Californian company in 1992, a mid-gain, crunchy, Tweed-style drive that found a solid fan base after it ended up becoming Tom Petty’s go-to overdrive.

After being discontinued for more than a decade, the company resurrected it in 2012 (for its 20th anniversary) with an added tone control (see videos of it here).

2022 marks the 30th anniversary of this now iconic pedal, with a MkIII reissue that scales down the size to fit in the company’s “Smalls” series, without losing any of the original Tweed-style touch sensitivity – but doing without the tone control of MkII.

Here’s the launch video of MkIII – we added it to our article about the best Tweed-style pedals.

The Red Llama MkIII Smalls conjures all the sonic goodness of the original stompbox, churning out crunchy, tweed-style harmonic overdrive that’s guaranteed to please. Whether you’re aiming for subtle grit or brutal crunch, the Red Llama MkIII Smalls will oblige, with all the touch sensitivity and camelid-fueled mojo you can handle. For reference, the original Red Llama is what fueled Tom Petty’s electric guitar sound during the later stages of his career.

The version below is the older version of the Red Llama, with a larger case and an added Tone control. 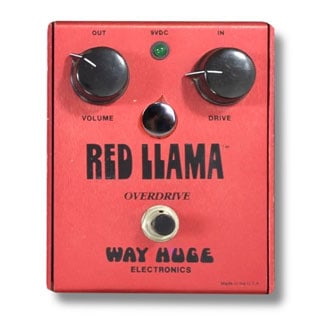