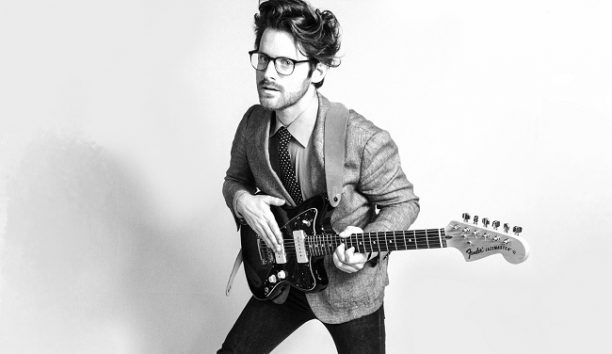 One of the most creative singer/songwriters to claim Texas as home, Walker Lukens has put in the time to get where he is.  Eclectic pop ditties exude from his pores, while at the recent Float Fest he proved to have one of the hottest live shows in the Austin music scene.  – Lee Ackerley

The majority of artists follow an artistic path that takes them from a more aggressive sound to a more intimate one. In your sophomore album “Tell it to the Judge” You seem to have done the opposite, what inspired this change? Was it a conscious decision?

I was tired of watching people take cigarette breaks during my sets. You have to ask yourself at a certain point; where do my songs live most of the time? On pop’s hi fi? On sis’s iPod? For me, the answer was in front of a live audience.

How have your inspiration sources changed, compared to your early records?

I used to think rock music was kind of dumb. I still do, but I wanted to put my own spin on the rock record format.

“Tell it to the Judge” is full of electronic sounds, does gear inspire you?

Half of this record was written on this old piano. I got it right before I started writing songs for this record. Guitar was my first instrument and I’m definitely the most proficient at it, but I prefer writing on the piano these days. 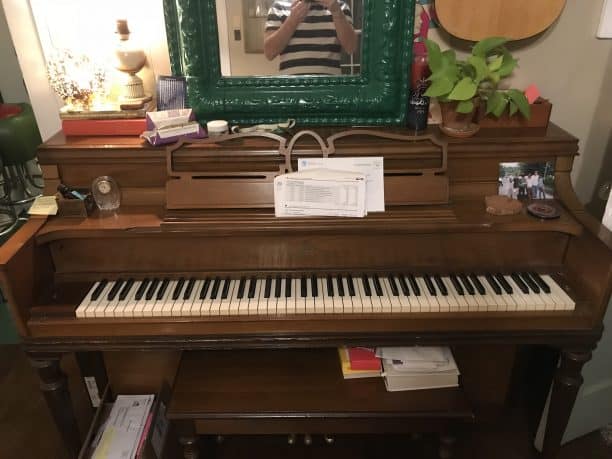 I also started a lot of songs with this rig.

I use a Shure Beta 57a into a EH Holy Grail Nano, into a Boss DD3 into the Electro-Harmonix 45000 looper. I read an interview years ago with Bradford Cox [of Deerhunter] about how he ran all his vocals through a Boss delay pedal so I went an bought one. It really blew me away. Like, all vocals sound better through delay. I realized all those old rock records have slap delay on them.

I spent a number of years trying to write Willie Nelson style folk and country songs. Acquiring that loop station and figuring out how to use it in a more interesting way than singer-songwriters around me who looped their guitar is how I got to where I am today. The looper presented a really good challenge for me as a songwriter; make something compelling when you can basically only bring the groove in and out. People who work on dance and hip hop are well versed in this. Coming from the Great American Songbook tradition, it was really a big lesson for me. Sent me down a path where all of the sudden I was absorbing Tuneyards, Panda Bear, J Dilla, Son House, Nas… All this stuff I used to dismiss as kind of repetitive…

The loops that you hear in “Every Night,” “Jacket on ya Shoulders,” “Lifted” “Where is Thunder Road?” and even the root of the drum programming for “Never Understood,” all started with the Electro-Harmonix.

What were the synths that left a mark on the record?

Jim Eno [of Spoon] deserves most of the credit for synth choices on this record. His studio is full of vintage synths. It’s amazing. On ‘Never Understood,’ there’s a Farfisa, a Memory Moog, and a Korg Lambda… That’s what I can remember anyway. There might be more. On ‘Don’t Want To Be Lonely.’ It’s a Juno being sent through several different delay pedals.

Tell us about your first time with… a stompbox.

My first was a Boss Metal Zone. It made playing along with Led Zeppelin records much more satisfying than just a Strat pack.

What else do you have on your pedalboard these days?

Sadly half my pedalboard is being worked on right now. My favorite pedal is my JHS Colorbox. Holy shit it is awesome. It replaced the Fulltone Fulldrive. I use it as my boost most of the time. I flip on the hi-pass filter and use it during the chorus of “Don’t Want To Be Lonely.” The Full Drive has treated me well for years, but it’s not as versatile as the Colorbox. Jim Eno introduced me to it when we were making Tell It To The Judge. We used it ALOT. it’s all over the song “Jacket on ya Shoulders.” I used it on most of demos because I’m too lazy to mic up an amp and it sounds fantastic direct into a digital interface.

My Minifooger boost and delay are both sick at the moment too, but I leave them on most of the time and adjust the gains based on the room I’m playing. Carrying large amps around is for the birds. I play out of a Fender Vibrolux kit amp.

Did you come out of the recording process with some new gear favorites? 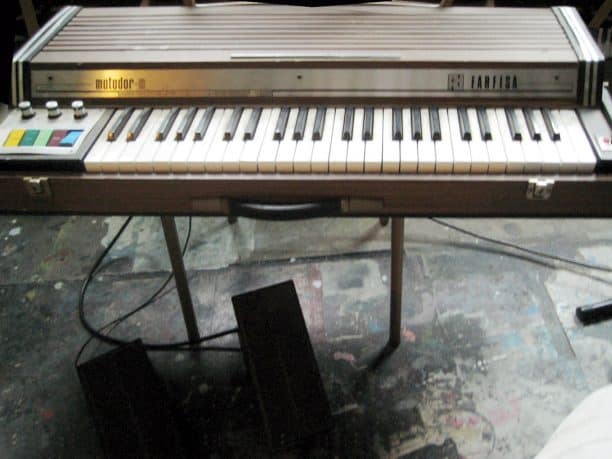 Lucky for you, I’m actually at Public HiFi working on some new stuff with Eno right now. We used this Eventide Harmonizer on a LOT of stuff. It’s famous in part because Tony Visconti put it on the snare on “Low.” It’s how we made a lot of the far-out noises at the beginning of “Love Me Tender.”

My guitarist Kyle went and got an Eventide Effects Processor afterward.

We used this Helpinstill [piano] on some many different things—The Touch, Thunder Road. It doesn’t have quite the frequency range of a normal upright so it sits really nicely in recordings.

Jim got this [Ampex] preamp back from the shop while we were making the record. We used it exclusively on the song ‘Love & Attention.”

Everything is running through it. Sounds so warm and soft. I mentioned this only because I think that a lot of recording and gear decisions are arbitrary—or just made out of necessity and that’s okay too. There are many paths to a good outcome.

Recording the sophomore album is – according to most – a lot harder than the debut. What lessons have you learned from this process?

I think it’s harder for some because you have a better idea where you want to go. Your songs stop being just pure potential. They have a shot now. For better or worse, I’m not so good at doing the same thing twice. I never thought of it as my second record. I thought of it as the best record I’ve made yet.

Was there somebody outside the band who was instrumental in forging the band’s recorded sound?

Well, for one, Jim, who produced, but also the fact that there was a steady band. Zac Catanzaro, Kyle Vonderau, Roger Mason, Mckenzie Griffin. They’re all phenomenal musicians in their own right. I was very lucky that they played on this record.

What local bands you like should your fans check out?

What’s a local band anyway? I really love that Melat record that just came out. I just saw a group as I was walking out of Cheer Up Charlies called ANDY that put on an awesome show. Did you hear that David Ramirez song, “People Call Who They Wanna Talk To”? It’s an instant classic.