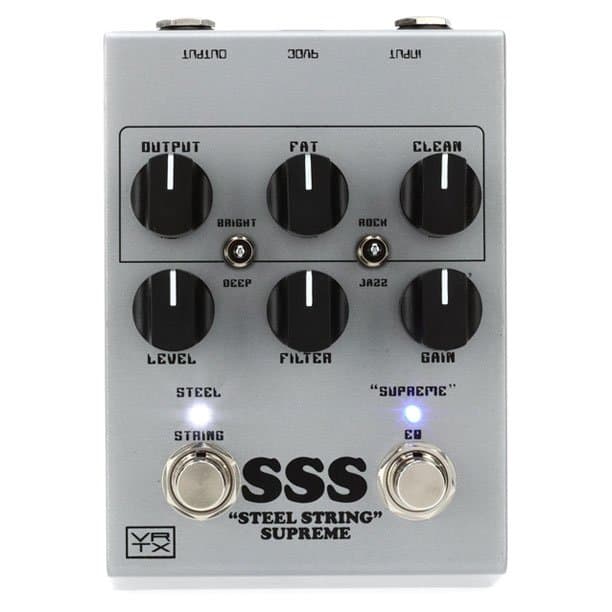 D-Style overdrives – i.e. pedals recreating the tone of the legendary Dumble amps – are becoming so looked after that their buzz is currently getting very close to Klon Centaur levels.

While several pedal builders focused their cloning “laser” on the most famous Dumble amp – the Overdrive Special – Vertex Effects was one of the few manufacturers who also paid attention to a lesser-known amp in the Dumble family, the Steel String Singer, a clean, single-channel amp known for producing subtle feedback, something that’s unusual for clean amps. The company’s first Steel String pedal, released in 2017, was voiced after serial #1 of the original amp and was a simple three-knob device; it was updated in early 2020 to a MkII that added a two-voice toggle (Jazz and Rock), a feature found on the Special Overdrive series.

The series has obviously been doing well, which is why Vertex is now releasing a “Supreme” version of it that cleverly integrates the MkII circuit and sound with several new features, found on the top section of the pedal:

All in all, the Vertex Steel String Supreme is a very interesting new pedal and an original take on the D-Style stompbox clone, which is why we added it to our article about the Best Dumble Pedals.