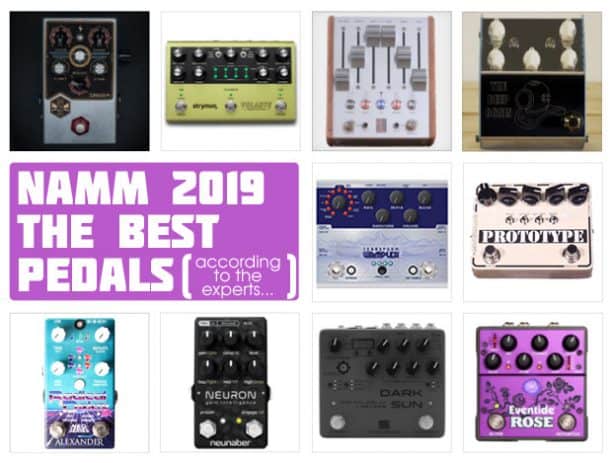 NAMM 2019 has come and gone, and it’s time to take stock of what stompable devices left a mark on our collective mind!

To do that, we gathered all the “Best Of” articles and videos focused on the guitar pedals released at NAMM and we created an aggregate chart of them! We only found five list this year, but nonetheless we think the results reflect quite accurately the general consensus.

Here’s the list of the Best of NAMM list we took into consideration, in rigorous alphabetical order:

[If you are looking for a more comprehensive list of the new pedals released at NAMM 2019, don’t miss our two pages covering gain pedals and non-gain pedals – they are organized by kind of effect!]

The method we used to aggregate these lists and create this “final” Best Of NAMM chart was very simple: we gave 1 point to each pedal when it was mentioned in one of these lists. We didn’t include pedals by companies that didn’t exhibit at NAMM 2019 (GuitarPedalX’s list had a few).

Here we go then! 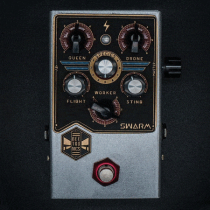 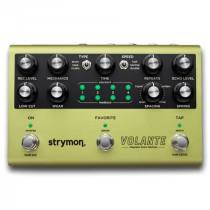 Strymon Volante
$399 - A stereo delay/looper that emulates three of the most sought-after vintage delay devices: tape echo, drum, and reel-to-reel. Controls allow you to fine tune the character, fidelity, brightness, saturation and age of the repeats, for more or less vintage-sounding results. Presets, Tap Tempo and spring reverb are some of the many extras.
1st tap: info, 2nd tap: video
Zzounds

These two pedals got 5 mentions out of five! Strymon’s return to the stompbox world with the new delay Volante (after two years spent focusing on their first Eurorack product) was welcomed by pedal lovers with with infinite hype and praise, but the real surprise of NAMM 2019 was Beetronics’ Swarm, a very original take on the “pitch-shifted” fuzz, presented at the Anaheim convention with through an (unbelievably under-reported) uber-cool video station.

Considering its uniqueness, forward-thinking design, and build quality (also thanks to the Benson Amps connection), the Chase Bliss Audio Preamp Mk II probably deserved to be up there with the other top contenders. The Wisconsin based company announced that this pedal is the first device of a series named Automatone, which has sparked excitement about what’s in store for the upcoming months and years. 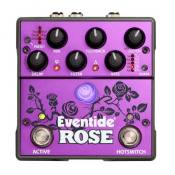 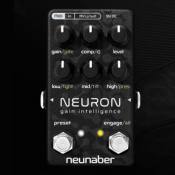 Neunaber Neuron Overdrive
A versatile digital overdrive based on a multistage, dynamic gain architecture that delivers very amp-like tones from sparkling clean to heavy distortion and anything in between. An integrated soft-knee compressor constrains the drive level for smooth, consistent tone, and an adjustable noise gate keeps it quiet. Can used with a cab sim, amp, or direct (with internal cab sim).
1st tap: info, 2nd tap: video
Ebay 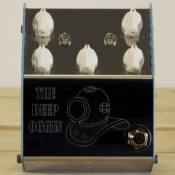 Thorpy FX Deep Oggin
$320 - Designed in collaboration with legendary British designer Dan Coggins of Lovetone Pedals, The Oggins is a fully analog effect designed to provide a 3 dimensional chorus sounds with a level of versatility to meet the needs of all guitarists. The five knobs control Depth, Rate, Blend, Volume and Treble. It has both Dry and Wet outputs.
1st tap: info, 2nd tap: video
Ebay 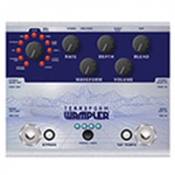 Gathering three points out of five lists, these are pedals that should be on everybody’s radar, from a nice blend of heavyweight manufacturers and top notch boutique shops. It’s interesting to notice how a rather traditional but high quality chorus (the ThorpyFX one) can still receive high marks from the community of stompbox reviewers. 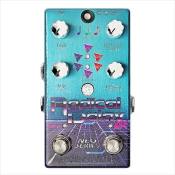 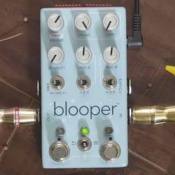 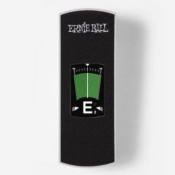 Ernie Ball VPJR Tuner - Volume Pedal
A volume pedal with a tuner in it, and visible through a screen embedded on top of the surface of the pedal it.
1st tap: info, 2nd tap: video
Zzounds 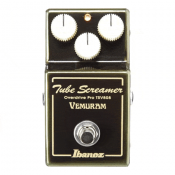 Ibanez-Venuram TSV808
$1,000+ | Billed as a “Next Generation Tubescreamer” the TSV808 is a marriage of the Tubescreamer and Vemuram’s Jan Ray overdrive. Aesthetically it looks fairly similar to the standard Tubescreamer, but underneath the hood it combines the familiar mid-boost EQ curve of the Tubescreamer with the expanded dynamic and frequency range of the Jan Ray.
1st tap: info, 2nd tap: video
Ebay 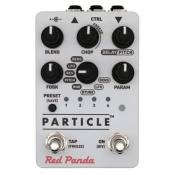 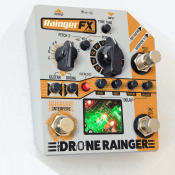 Rainger FX Drone Rainger Digital Delay
12. From the mad science lab of Rainger FX comes the most feature-packed digital delay any of us have seen, including two secondary drone voices that play along with you.
1st tap: info, 2nd tap: video
Perf. Circuit 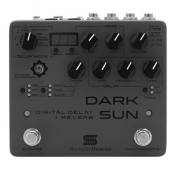 Seymour Duncan Dark Sun Delay - Reverb
2. The Dark Sun encompasses everything there is to know about spatial effects with a multimode delay and reverb in one unit.
1st tap: info, 2nd tap: video
Zzounds 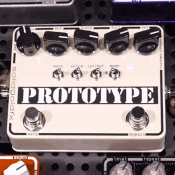 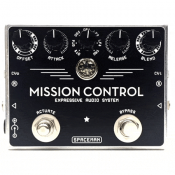 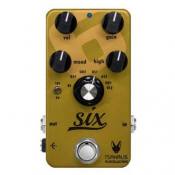 These are pedals that were mentioned in two out of the five lists we considered. This list is a nice blend of traditional and edgy designs by both established and emerging manufacturers.

This is the list of pedals that were mentioned only once in the five Best of NAMM lists: