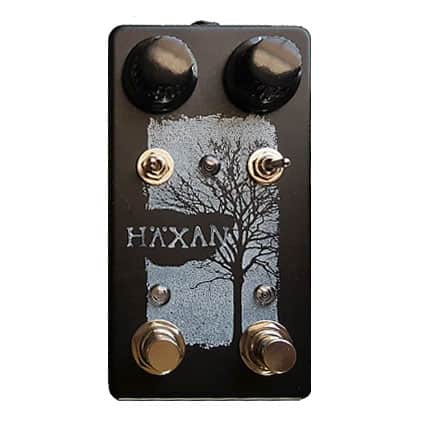 The Haxan by Stompbing Stones Pedals, is a vintage-voiced distortion/fuzz with some unusual controls (and parts: its circuit uses NOS military can opamps!): on top of your regular volume and gain knobs, it features two clipping modes, an extra boost, and bright/dark voicing options selectable via toggle switches.

The boost circuit has its own separate footswitch.

Here’s the video by Collector//Emitter.