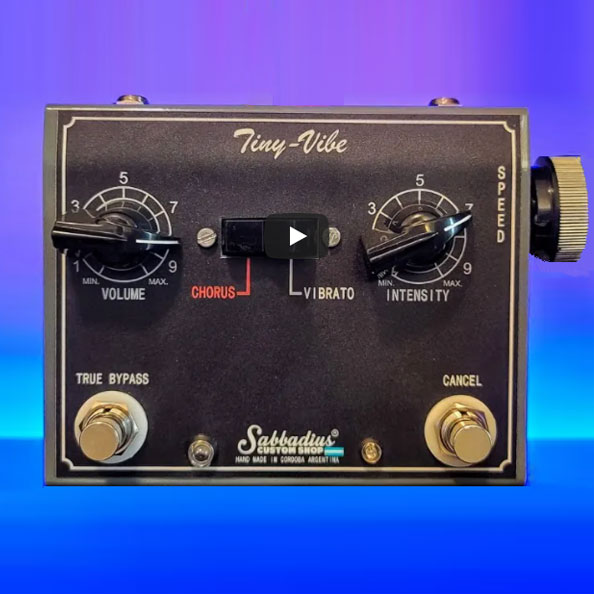 Argentinian builder Sabbadius has been particularly active in 2021 on the Uni-vibe front, a front they seem to specialize in after the release, in 2020 of the Funky-Vibe, a well-received recreation of the vintage units used by Jimi Hendrix.

The company just unveiled two videos of an upcoming reduced version of that model called the 68 Tiny Vibe, hosted in a much smaller case without sacrificing anything from the original. The main difference here, beside the size, is that the Speed knob was moved to the side panel, which incidentally allows players to easily tweak it with their foot.

The rest of the Sabbadius 68 Tiny Vibe’s 18v circuit is identical to the original.