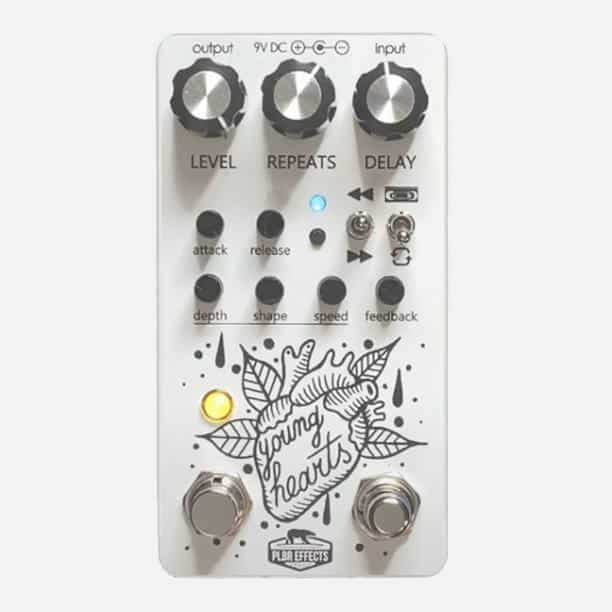 The PT2399 chip is a chip found in many creative digital delays, including the Polarbear Young Hearts, a lofi echo pedal with modulation and several other interesting and unusual features provided by its Feedback and VCR Toggle Switches, which allow Tape Rewind and Fast Forward modes and also changes in delay time accessible via the momentary footswitch (the one on the right).

The latter can be configured to work in different ways through the toggles and the small round button placed to their left. The momentary functions available when pressed are the following:

On the bottom raw, the Modulation section features small knobs controlling Depth, Shape and Speed, and can get from subtle to weird, while the Feedback knob fine-tunes the number of repeats.

This is a very unique creative pedal, recommended for the sound adventurers out there! We added the Polarbear Effects Young Hearts to our list of Best Creative Lofi Pedals and Best Creative PT2399-Based Echo Pedals.