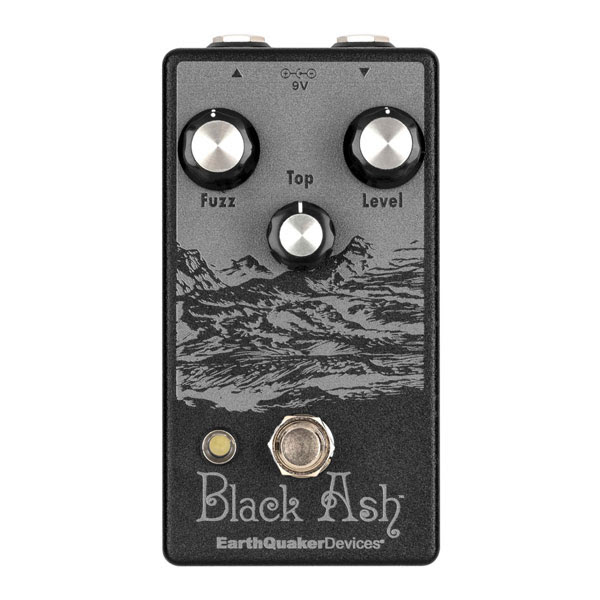 Presented with an “endangered fuzz” tag, this stompbox is an evolution of the legendary, vintage, and extremely rare three knob Tone Bender, and built with high quality components hand selected by owner/designer Jamie-Stillman, which allow this design to have an articulate and defined response in particular in the low frequencies, which were a little bit of a weak area for the original Tone Bender.

Things are pretty straightforward as far as controls are concerned: the “Top” knob selects boosted frequencies between 2kHz and 10kHz for that extra mid or high boost that enhances definition and audibility in a dense mix.

Check out this video by Reverb.com:

Limited to 1500 units worldwide, Black Ash is a fuzz/overdrive that takes some cues from the vintage “three-knob Bender.” It uses a highly curated cache of rare and irreplaceable components including paper-in-oil capacitors and NOS half-watt carbon composition resistors from EQD President Jamie Stillman’s personal stash to light a fire under this classic fuzz/drive with an explosive-yet-detailed treble response, a sturdy midrange, and subterranean bass extension.