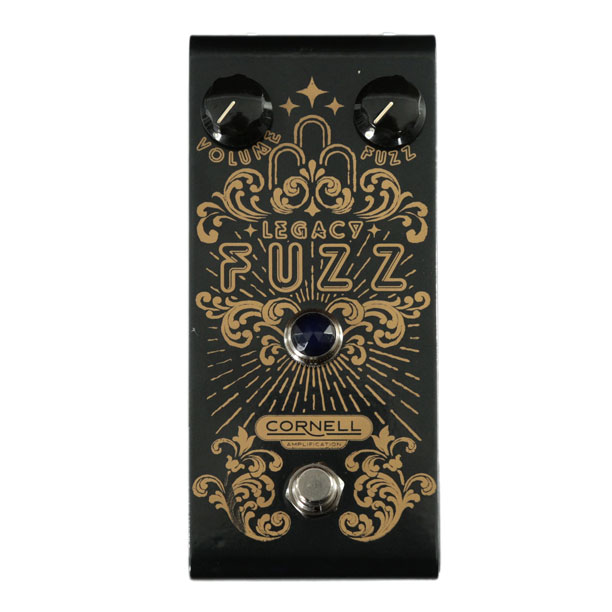 When in 1999 Arbiter decided to reissue their legendary Fuzz Face circuit (initially released in the ’60s) they tasked expert amp fixer/maker Denis Cornell with the circuit’s redesign.

Founded in 1991, Cornell Amps is Denis’s own company, and it has recently released its own version of that type of circuit: the Cornell Amps Legacy Fuzz.

Based on that legendary Fuzz Face circuit Denis is so familiar with, the Legacy Fuzz rectifies the low outupt and limited range problems of the vintage units. Two version of this pedal are available with a Silicon and Germanium diode, for slightly different colors.

The video below demoes the Silicon version, which is what the original unit sported.

The Cornell Legacy Fuzz has that classic Sound without the historical problems that has plagued the famous pedal.Top musicians know that Cornell are the go to people for the unique custom design guitar amplification, it is also well known that Cornell was involved with the famous Abiter Fuzz Face. In fact it was Cornell that Arbiter went to when the reissue model was made in 1999 based on the Original 60’s Design. With that history and knowledge Cornell Has set out to make a new Fuzz pedal design. Starting with tackling the problems of the original design yet maintaining that classic tone. We are proud to announce our Legacy Fuzz pedal.