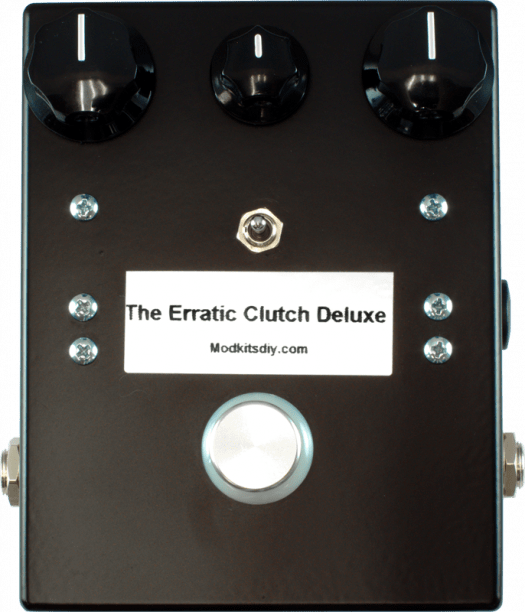 Few will argue that the best way to learn anything is to get your hands dirty and just try it, and that rock musicians have small budgets and an inclination to “do thing themselves” in order to save up. Because of these two factors, DIY kits of guitar pedals have gained popularity in the last few years, reflecting also a more widespread interest towards DIY both in music and technology.

DIY MOD Kits is one of the main companies exclusively focusing on guitar pedal kits, and it just launched a new “deconstructed pedal” that, once put together, will become a Octave Down Fuzz – or, as they call it – a “Fuzz/Divider”. Its name is Erratic Clutch Deluxe.

Comprised of only four transistors, the Erratic Clutch Deluxe features a three way toggle switch that allows you to play the Square Fuzz and the Sub Octave independently or mixed together. Each tone has its own volume knob (square wave on the right, sub-octave on the left) 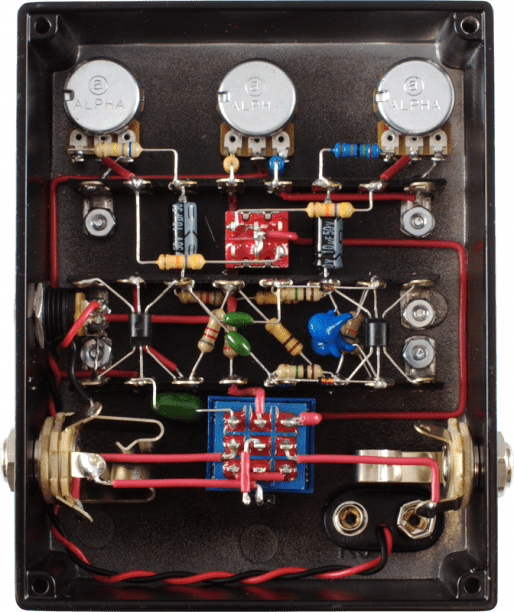 The middle knob (Bias) changes the balance between sustain and predictability in the note tracking:

The closer to the center the longer the note will sustain but with that comes more chaotic tracking for the divider. Moving it more clockwise or counterclockwise will give you more predictable note tracking on the divider with less sustain.

This is not the simplest kit to build (it gets a 5 out of 5 as far as building difficulty in the manufacturer’s own ranking system), but with just around $70 you could get yourself a sick pedal and a useful lesson on effect circuit design!

Check out the video of the Erratic Clutch Drive, below:

The Erratic Clutch Deluxe is a unique effect pedal kit that gives you fuzzy square wave distortion as well as a monophonic sub-octave square wave using a total of only four transistors. The two signals can be used individually or mixed together for a raw and sonically rich synthy output. Full of character and quirk, this pedal will give you a truly original sound.

The middle knob is the bias control. This adjusts the pulse width in the initial fuzz stage of the pedal. Set this knob to fit your pickups and playing style. The closer to the center the longer the note will sustain but with that comes more chaotic tracking for the divider. Moving it more clockwise or counterclockwise will give you more predictable note tracking on the divider with less sustain. The middle will have a small area where the gating opens and noise comes through(position may change when using a battery).This is a good area to start and then slowly dial the knob away in either direction to find your sweet spot.