The 5 Most Pupular Fuzz Pedals of All Time: Compare Five Classic Circuits

Don’t miss our uber-thorough guide to the best fuzz pedals, organized by circuit! 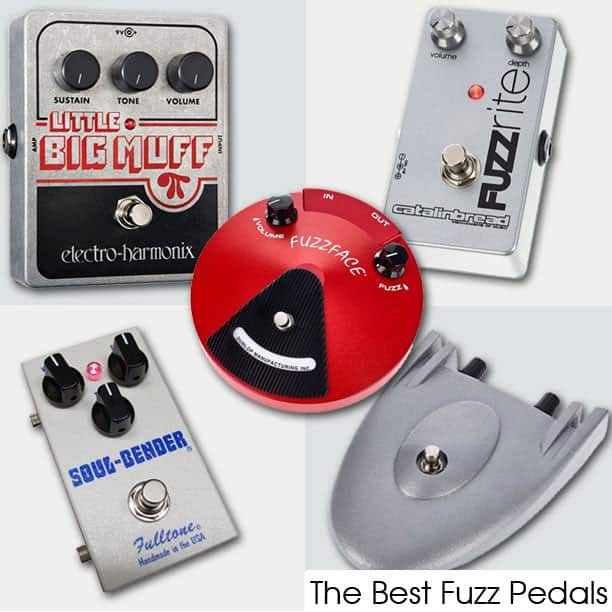 Ready to buy? Please use our affiliate links to Sweetwater, Reverb.com, Amazon, and the other independent stores – that’s what’s allowing to keep this site alive at no cost to you!

The Most Popular Fuzz Pedals Inspired by Classic Circuits

Transistorized fuzz came about by accident in 1961 when a faulty circuit in a mixing console caused Grady Martin’s six-string electric bass to distort. Martin was in the studio tracking a session for country singer Marty Robbins. “Don’t Worry” was the tune, and its inclusion of Martin’s fuzzed-out ax made it the first hit record to feature distortion produced by transistors, rather than by a damaged speaker or overdriven tubes.

By the start of the Seventies, the fuzz effect was so popular that it was offered in numerous flavors, each of which was produced by some different means. Some pedals, like the Arbiter Fuzzface, used germanium transistors; others, such as the Electro-Harmonix Big Muff, used silicon. Electronics engineer Roger Mayer went in his own direction when he created the Octavia, merging fuzz with an octave-shifting circuit.

This video from Thomann Music gives you a chance to hear those and two other classic pedals in all their glory. The pedals covered are:

All the pedals are tested with a Made in Mexico Fender Jimi Hendrix Stratocaster through a Fender Bassbreaker 15 head with a Harley Benton G212 Vintage cabinet.

Here’s a little more info about these five classic fuzzes. 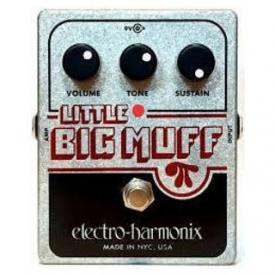 The Little Big Muff is based on the company’s Big Muff Pi, first issued in 1970, and features the same circuitry, which produces distortion using silicon transistors. The pedal’s high levels of gain overload the circuit to produce creamy, violin-like sustain, which made it a favorite with guitarists like Carlos Santana (who reportedly bought one in 1971) and John Frusciante, who used the Big Muff on numerous recordings with the Red Hot Chili Peppers. 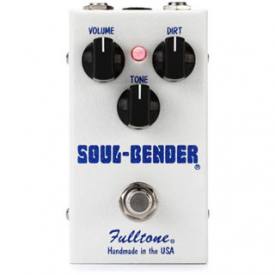 The Soul-Bender is based on the late-1960s Colorsound and Vox Series III ToneBenders made in England by Sola-Sound and used by Jeff Beck and Jimmy Page on many of their recordings from 1968 to 1970. It uses three gain-matched germanium transistors to produce its thick and hairy fuzz, while the improved range and response of its Tone control lets you dial in everything from harsh to super-smooth distortion. 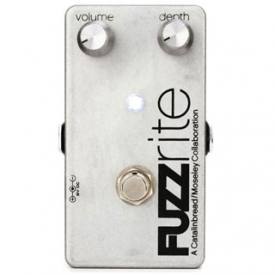 Catalinbread Fuzzrite
$159 | Catalinbread reached out to Mosrite founder to re-engineer a modern, quintessential and consistent-sounding version of the Fuzzrite (the original units greatly vary in tone). The same simple circuit as the original is updated with vintage NOS transistors, true bypass, a 9v adapter and a compact enclosure. Just like the original, it features a depth control that blends in a second gain stage.
1st tap: info, 2nd tap: video
Sweetwater

Catalinbread’s Fuzzrite is based on the Mosrite Fuzzrite, the pedal reportedly featured on the Ventures’ classic surf hit “The 2,000 Pound Bee” and Iron Butterfly’s “In-a-Gadda-da-Vida.” Made in germanium and silicon versions, the Mosrite Fuzzrite lacked the meat of a Muff and the detail of a ToneBender but nevertheless found favor with the garage-rock crowd. Catalinbread’s remake of the late-1960s silicon version of this pedal recaptures that classic raspy fuzz in all its grungy glory. 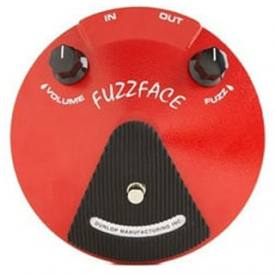 Introduced in 1966 by Arbiter, the Fuzzface is a classic germanium transistor fuzz and was used by such guitarists as Jimi Hendrix, George Harrison and David Gilmour. Interesting note: Each pedal tended to sound a little different due to the inconsistent tolerances of the transistors. Hendrix liked to buy Fuzzfaces by the half-dozen and mark which one he liked best. However, because germanium transistors are sensitive to temperature fluctuations, he’d often find that even his favorite of the bunch wouldn’t produce the desired tone in certain environments.

Later units were produced under the Dallas Arbiter name. The pedal is currently manufactured by Dunlop. 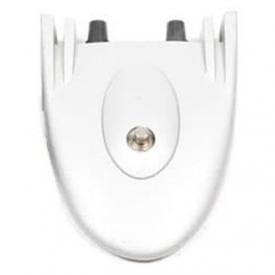 With its rocket-shaped enclosure, Roger Mayer’s Octavia looks as distinctive as it sounds. The pedal reproduces the input signal one octave above and/or below the original, then combines the signals and passes them through a distortion circuit. With its frequency-doubling abilities, the Octavia can produce everything from fuzz to ring-modulated–like tones. It was popularized by Hendrix, who put it to use on his early hit “Purple Haze.” A redesigned Octavia was produced by Tycobrahe Sound Company in the mid-1970s and used by Stevie Ray Vaughan. Today’s units are made once again by Mayer.