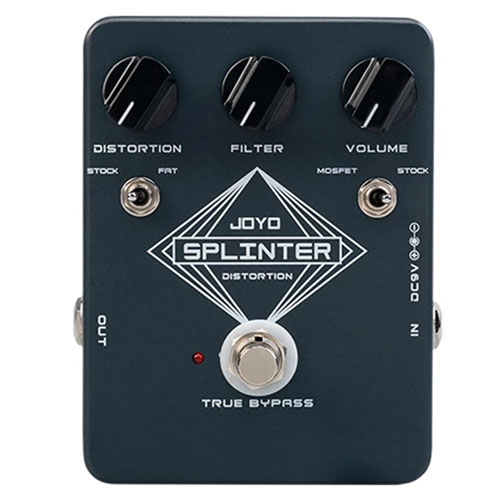 RAT pedals have always been popular, but in 2021 they seem to have become some sort of buzzword, inspiring a fair amount of new devices – and also a Delicious Audio article! The Joyo Splinter JF-21 is an extremely affordable stompbox that recreates the sound of the FAT RAT, with all the same exact options as the original.

The three classic RAT knobs – Distortion, Filter (a reversed tone knob) and Volume – are integrated by two toggle switches that open up a few sonic possibilities: the Stock/Fat toggle switches between the classic RAT distortion or the bassier but also brighter version of it associated with the Fat Rat, while the Mosfet/Stock switch gives you, respectively, the softer-sounding Germanium or the more brittle Silicon clipping.