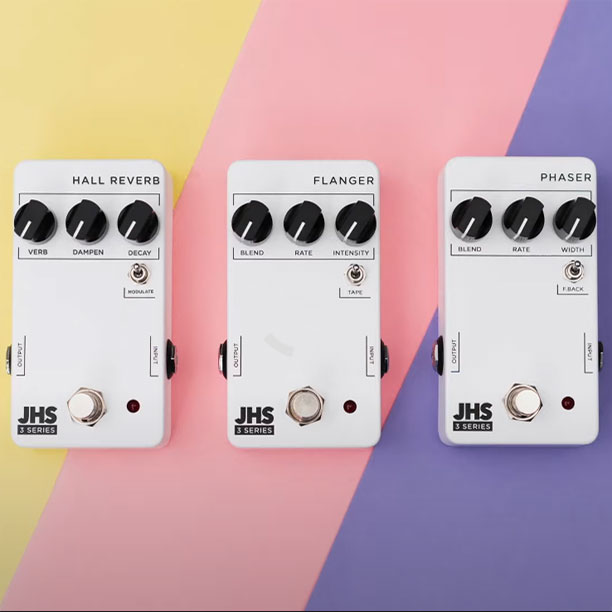 JHS Pedals just announced three new additions to their 3 Series line, the most affordable in their roster at $99: a Phaser, a Flanger, and a Hall Reverb. They are currently on sale for $84.15 on Sweetwater.

These are all rather straightforward mono pedals with three knobs, one toggle switch and on footswitch. The toggle represents the “added” feature in each one of them, adding modulation to the Hall Reverb (whose other controls are Verb, Dampen and Decay), Feedback to the Phaser (featuring Blend, Rate and Width knobs), and tape-style flanging to the Flanger (offering your regular controls for Blend, Rate and Intensity).

You can hear the new JHS 3 Series Phaser, Flanger, and Hall Reverb in the videos below.