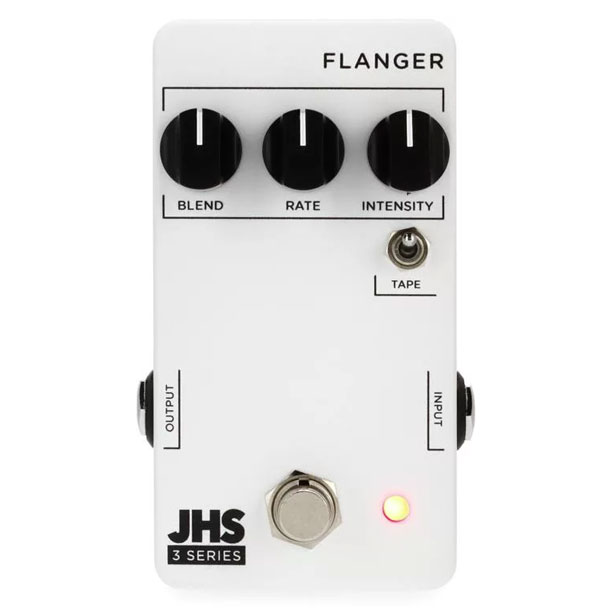 Voiced after classic effects like the Electro-Harmonix Electric Mistress, the Tycobrahe Pedalflanger, and the MXR M117 Flanger, the JHS 3 Series Flanger is a bread and butter, 3-knob pedal that can deliver the sound of those classics at a fraction of the cost. The traditional Blend, Rate and Intensity knobs are joined by a toggle switch that will deliver a more tape-like sounding effect, similar to the early days of tape-based flanger.

Interestingly, this is the first flanger ever released by JHS Pedals.

The 3-Series Flanger is inspired by the classic (and absurdly expensive) analog flangers of the past like the Electro-Harmonix Electric Mistress, the Tycobrahe Pedalflanger and the MXR M117 Flanger. The best part? Our 3-Series Flanger is $99. The JHS Pedals 3 Series Flanger runs on 9V DC Negative Center power and consumes 70mA.