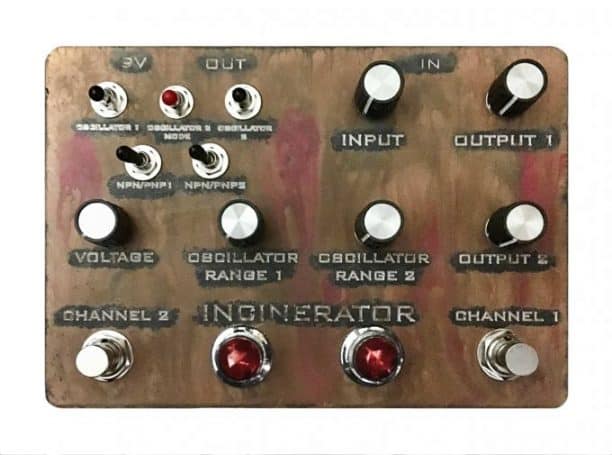 Now, some pedals have better names than others, but… “Incinerator“? We are tempted to say that’s the best name ever given to a stompboxl, in particular for this beast by Canadian manufacturer Industrialectric!

Built by hand in Toronto, the incinerator is a dual channel Silicon fuzz integrated by two oscillators whose function is to add an insane unpredictable element. Its size is not for nothing: it has 26 transistors under the hood, and a whole host of tonal options lent by six knobs and five toggle switches.

This is a pedal for creative/noise/atonal guitarists and can deliver a wide variety of sounds from smooth fuzz to synthetic madness, but one of the channels can be made to sound also like a more musical boost or overdrive when needed..

Check out this new demo by the Sound Parcel.