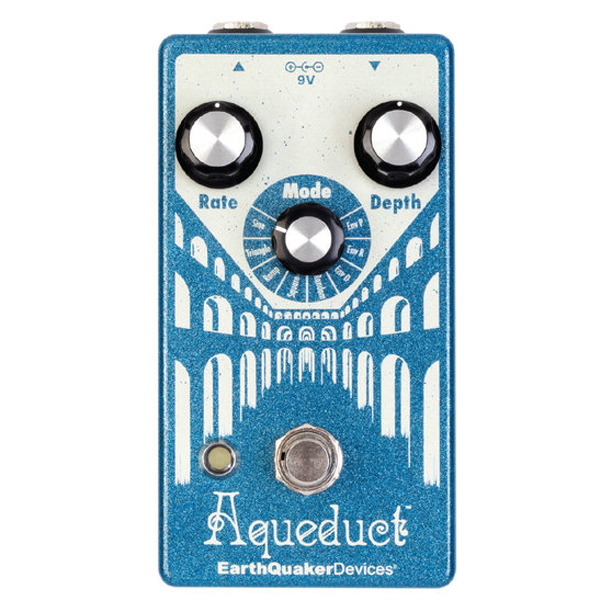 The Akron, Ohio based manufacturer unveiled a new “vintage-inspired pitch vibrato” pedal called Aqueduct, which by the company’s standards looks like a fairly simple device, with two top knobs to dial in rate and depth, and a central “Mode” knob that selects between 8 LFO shapes/functions.

Normally, three-knob pedals have most of their value embedded in their sound, and we have to say that the aqueduct lives up to its name in the Reverb.com video below, conferring a very appealing watery quality to both distorted and clean guitar tones. Nonetheless, the 8 modes give this pedal enough flexibility to make it palatable for adventurous musicians, in particular when the right side modes (Random, Env D, Env R and Env P) are engaged – oh and Square can get pretty weird too! 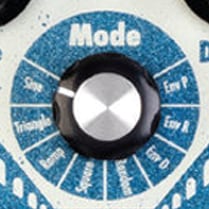 The three “Env” modes on the right get the effect’s Rate (Env R), Depth (Env D) and Pitch (Env P) to vary according to the performance’s dynamics.

The footswitch allows for both standard latching and momentary switching, which can trigger a series of creative effects, depending on the selected mode.

But to hear how the EarthQuaker Devices Aquaduct sounds, you want to take a listen to the video below by Reverb.com, and don’t miss the audio sample of the various modes posted on the manufacturer’s page!

Rate (1) adjusts the LFO speed which controls how quickly the pitch rises and falls. Depth (2) controls the LFO amplitude, adjusting the intensity of the vibrato effect. The rotary switch labeled Mode (3) selects between one of eight LFO waveshape and envelope combinations which drastically alter the character of the modulation and make Aqueduct adaptable to nearly any musical situation.