While the NYC scene seems to be crawling with psych bands, local rockers Birds tackle the genre in a way that sets them apart from the pack. Though the band is certainly taking cues from music of the past, their angular and distorted sliding guitars and bizarre vocal melodies suggest that they’re digging through vinyl crates that have not been thoroughly picked through yet. With such a unique sound, we wanted to ask the band a bit about the driving forces surrounding it, and members Jess and Duane were nice enough to dig into to the stories surrounding their pedals for us. – Olivia Sisinni

Tell us about your first time with… a guitar pedal. How old were you and what did you stomp on?

Jess: When I was about 14 years old I started taking guitar lessons from the music teacher in my middle school. He gave me my first pedal. It was an orange Boss DS1 distortion pedal. I would crank it all the way up and play Led Zeppelin songs through my little practice amp in the living room when parents weren’t home. It’s still around, and it still has the authentic sparkle unicorns stickers I put on it.

Duane: A Boss Stereo Chorus pedal I borrowed from my friend Brendan, [when I was] about 12. We used to loop a cable from the input to one of the outputs then take the other out to an amp, and then just twiddle knobs for sounds. I still like it. 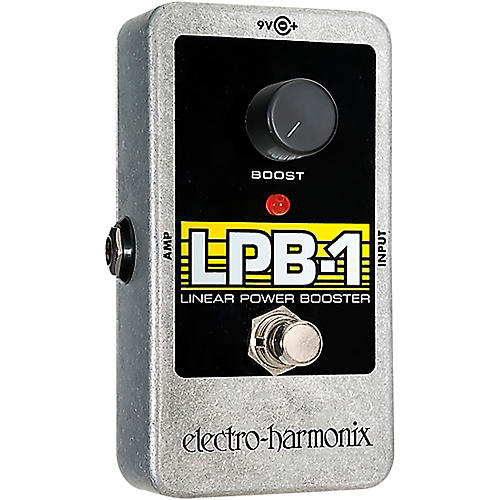 Was there a specific pedal (or two) that kind of changed your life?

Jess: One pedal that I got that changed my perspective on how in control of my sound I could be is the Linear Power Booster. I have it set really high, and, when it clicks on, it’s instant feedback. For a while, I was trying a variety of compressor pedals to boost my signal, but when I got that one it gave me a lot more control. The other pedal that was really important was a fuzz distortion pedal I build a few years ago. With the help of my dad, we picked up a variety of diodes, transistors, capacitors, resistors and tested out different circuitry. Swapping out tiny components made a huge difference in the sound, the strength of the fuzz, the attack and decay, the power of the signal. It really got me to think about the subtle nuances of sound.

Duane: Wah. Especially combined with any delay and distortion. Opens up a million ways to play each note.

What do you have on your board these days?

Jess: My pedals are housed in an old suitcase that I converted into a board. I have a couple of permanent pedals in there and a few I swap out between each of my two bands.

Ibanez Tube Screamer : for regular distortion. This one is turned on more often than not.
Holy Grail Reverb : I like how simple this pedal is. There’s only one knob and I can adjust it really easily mid-song.
Digitech DigiDelay: I use this to add a short delay to some tunes.
DOD Overdrive Preamp 250: Duane recently lent me this one. I use it for super-fuzzed out parts of Birds songs.
Danelectro Tuna Melt:  This is a pretty basic tremolo pedal I put on for a new Birds tune called Powerlines.
Linear Power Booster: I use this one feedback bursts in Russian Baths

Boss Pitch Shifter PS3: This is the most particular pedal I have. Luke from Russian Baths lent me his for a while until I went and got one of my own. There’s a setting that makes the harmony slightly out of tune. You can get a really strange non-guitar sound out of it, especially using it with delay.

Duane: As I’m looking at it, it appears I’m a boss guy haha.

Boss TU3:  For tuning
Boss DS1: oft-derided distortion pedal used for a high-end crunch when needed. I use it a lot on this guitar where I tune every string to g and then use a slide. Crybaby Wah: GCB95- for note shaping and general noise.
Boss BD2: A gift from a friend. Sounds great. Low-end break-up is perfect for hollow body guitar.
Boss RV3: For delay. On setting 2. Long trail. Pretty much on the whole time.
EH Holy Grail Nano: On clean parts and when solos go.

What’s your favorite pedal on your board right now?
Jess: The combination of the Holy Grail and the Tube Screamer is my basic sound. Couldn’t go without either of them.

Duane: The tuner. Me and Reynoza both rely on it.

Are there any stompboxes you are itching to buy?
Jess: I really want to try out Death By Audio‘s pedals.

Duane: My friend David was making this hacked wah pedal that plays with tremolo instead of frequency. And the rocker changes the speed I believe. Would love that at the very end of the chain.

What other like-minded local acts do you guys like to play with?