Weird Noise What The Fuzz 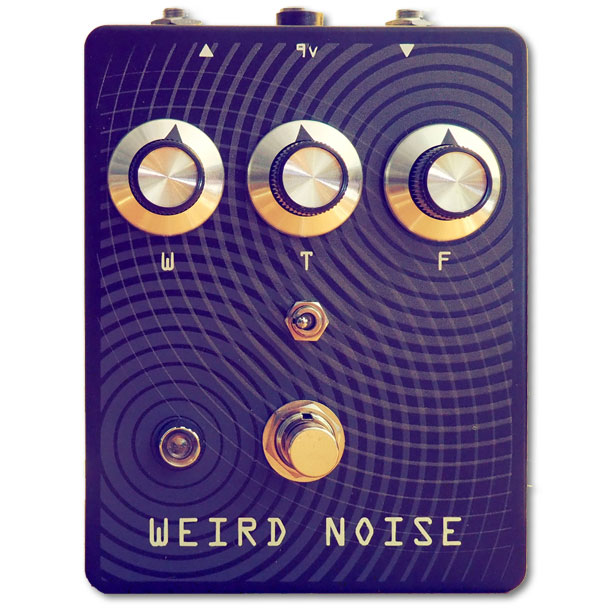 Based in Astoria, OR, Weird Noise Pedals chose a name that leaves no room for misunderstanding: these folks aren’t afraid to get loud and quirky. Their provocatively named WTF pedal (don’t worry, it’s an acronym for “What a Fuzz!”)  is a simple 3-knob/2-mode fuzz with a noteworthy range.

Those three letters are also associated with the three knobs, with W indicating the input level (aka “What?” control), T the Tone and F the Fuzz amount. The two modes are Standard and Gated (with the toggle on the right position) for those wonderful spitty and broken tones.

The interaction of the Fuzz and the Tone controls can produce a wide palette of dirt, from light overdrive to full fuzz, from fat to balanced to lo-fi.

Here are the first videos of the Weird Noise What The Fuzz:

WhatTheFuzz is a 2 silicon transistor fuzz pedal capable of everything from touch sensitive overdrive to thick fuzz. This pedal is very responsive to your guitar’s volume and tone controls.

What? Turn it up!

Fuzz: Counter clockwise will give you a gritty overdrive, clockwise brings out the heavy fuzz.

Glows in the dark when exposed to blacklight!