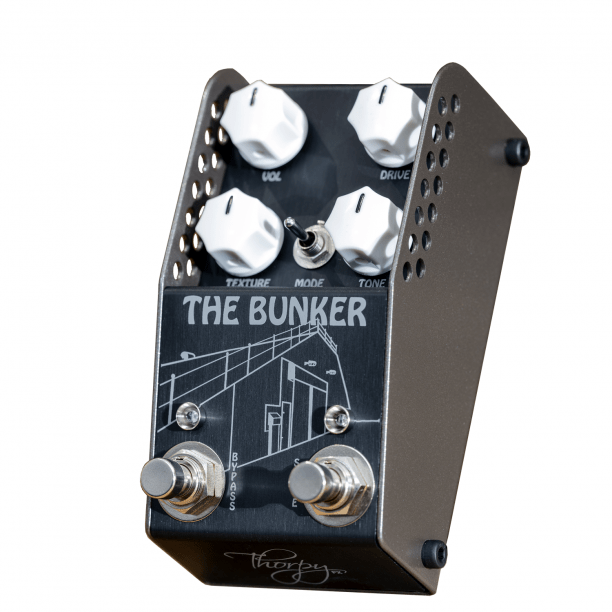 The Bunker is ThorpyFX’s reimagining of the legendary Lovetone Brown Source pedal, designed in collaboration with the original builder. A “brown sound” Marshall style overdrive, that can be pushed into distortion, in a stout, board friendly size.

This version is smaller and louder while offering extra tonal flexibility through a Texture control that dials in different tones from original Brown Source style drive through to thicker and more harmonically rich drive.

We added ThorpyFX The Bunker to our list of Best Marshall-Style Overdrives.

The BUNKER is a MKII version of the Brown source drive pedal. It is smaller, louder and more tonally flexible. The tonal flexibility is provided through a texture control that allows you to have whichever type of drive sound you want from original Brown Source style drive through to thicker and more harmonically rich drive. The tonestack bypass is on a footswitch for two switchable sounds as well as a three way toggle switch for further tonal sculpting.

Internally the pedal is immaculately built using premium 1% metalfilm resistors, Wima and Panasonic capacitors, and Neutrik jacks. These are the crème de la crème of the electronics world and when coupled with a robust gold plated PCB and dust sealed potentiometers the recipe is as good as it can possibly be.