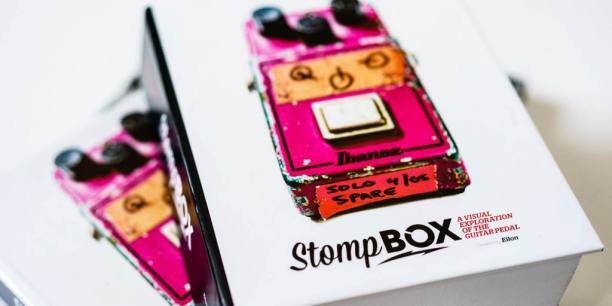 The musicphiles among you may have stumbled upon a (very cool) hardcover book about vinyl collectors called Dust & Grooves, Adventures in Record Collecting. Beautifully curated by Israeli photographer, author and DIY publisher Eilon Paz, the book came out in 2015 and was a hit.

In the following years, Eilon started searching for a collectors’ item with strong visual and suggestive components that, just like vinyl records, could become the focus of his second publishing effort. He soon realized that guitar pedals had a noteworthy potential: the idea of a book about the favorite pedals of the most legendary guitarists in the world slowly took shape – after all, things become legendary in the hands (or under the feet) of legends.

That is the premise of the Stompbox Book, a deluxe photographic celebration of the unsung hero of guitar music–the effects pedal–featuring interviews with several musicians including Peter Frampton, Joe Perry, Jack White, and Courtney Barnett, and also shots (and stories) of pedals belonging to legends that could not be interviewed, like Jimi Hendrix, Stevie Ray Vaughan, Frank Zappa, Alex Lifeson, Andy Summers, among others, for a total of 100 devices.

But Eilon soon realized that pedals could become legendary even without touching the feet of the stars. From the research done for the Stompbox Book, a significant number of pedals that didn’t make the 100 shortlist screamed for attention. Hence the idea to release a separate volume about rare stompboxes, called Vintage & Rarities. 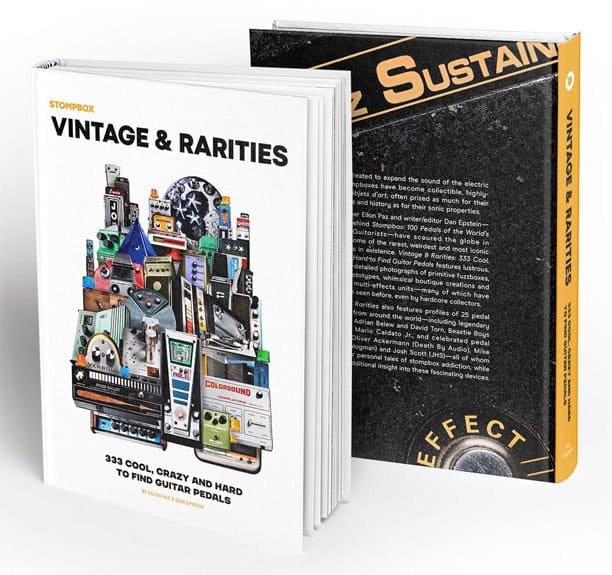 The Brick gathers both volumes and offers a few extra printed goods:

1. A hardcover 3 mm thick slipcase with a logo cutout.
2. Foil Stamping on spine.
3. Stompbox City. An 18×24 In poster with original collage artwork by Morgan Jesse Lappin. 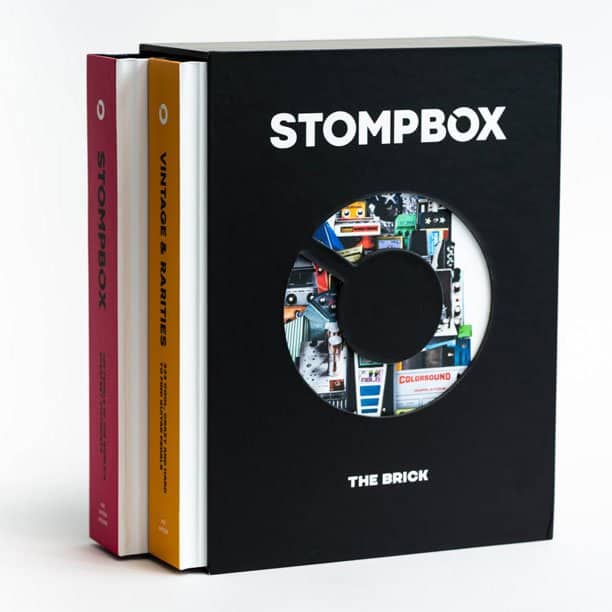