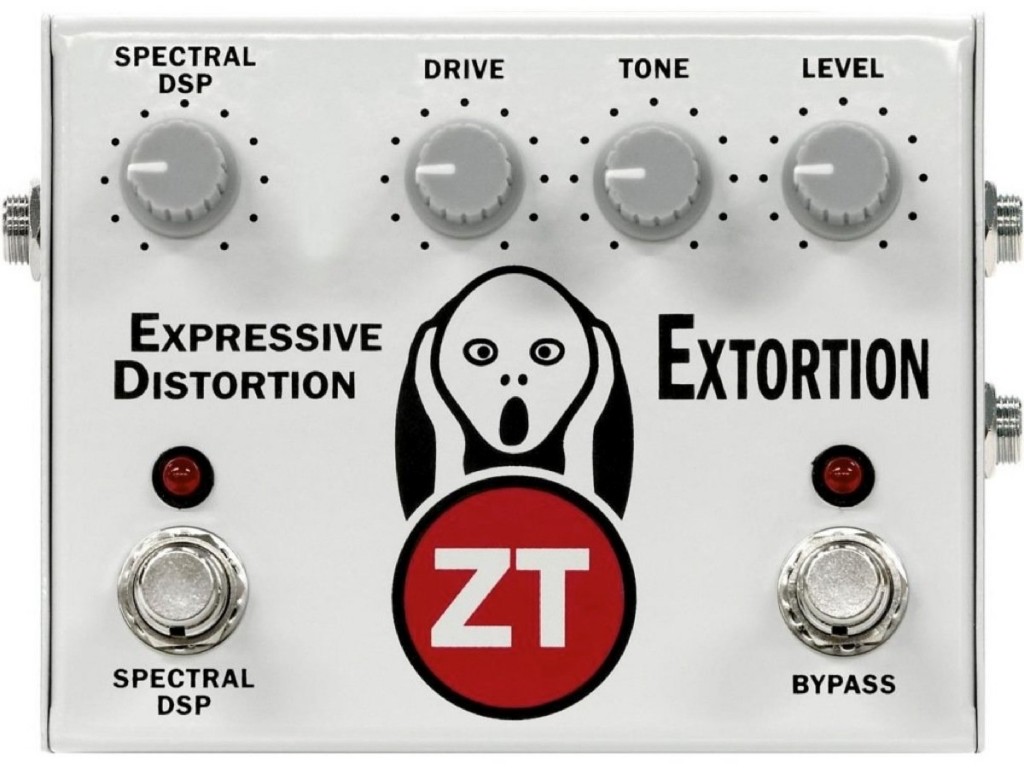 Berkeley, California’s ZT Amplifiers claims that that the ZT Extortion pedal is a completely unique concept in effects pedal design, allowing guitarists to switch between pristine, vintage-style analog overdrive and DSP-enhanced tonal extremes unlike anything that have come before. And in fact the Extortion covers a wide range of tones from blues to metal. In a world where we are nothing short of the many flavors of distortion pedal, it’s always great to see a company try something new.

For classic tones, the Extortion features a great analog distortion circuit. But if you need something a little different, you’ve got the “Spectral DSP”. Fully adjustable in tonality and intensity, the digital circuitry is not a separate “stage” simply placed in series with the analog. The Extortion becomes an analog/digital hybrid, with the two merged together as one. The Spectral DSP can also be controlled real-time with an external expression pedal which provides for even more versatility.

Sound: With the Spectral DSP disengaged, this pedal has a timbre that reminds me of a classic bluesy overdrive at mild settings, but can get super gritty and metal-esque with mids scooped (tone knob all the way CCW and drive cranked. The interesting thing about this pedal is the Spectral DSP. When the DSP is engaged and the knob is turned all the way CCW the low end is enhanced especially. When turned CW the signal gets thinner and fizzier .The Tone control sweeps through various curves rather than acting as a low pass filter. I really like the way the Tone knob shapes the eq. It’s very musical. I didn’t get a chance to plug in my expression pedal, but imagine you can get some pretty dynamic sweeps that way.

Overall I give the Extortion extra credit for an interesting array of features and tonal options. It’s nice to see a company think outside the box when it comes to distortion. Something rare in today’s endless sea of distortion pedals. – Gus Green