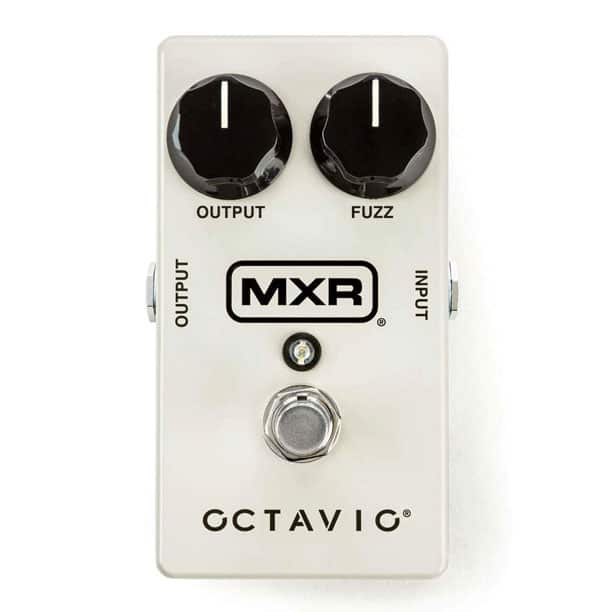 With its popular line of Jimi Hendrix-inspired Uni-Vibes, MXR is further tying its brand to the tone of the legendary guitarist with the release of the Octavio, a Silicon based Octave-up Fuzz that’s as simple and responsive as the original units of the ’60s – but a lot smaller and quiet.

Check out what this two-knob baby can do in the videos below.

Made famous by Jimi Hendrix, the Octavio Fuzz and its touch-responsive octave-up saturation continue to be employed by modern players, from straight-up rockers to low ’n’ slow doomsayers. For the first time ever, that iconic effect has joined the MXR standard line. The layout is as simple as it ever has been—just set the Output and Fuzz controls to your desired volume and intensity, and allow your picking and plucking dynamics to coax out the pedal’s legendarily searing, synth-like tones.

Explore the furthest reaches of silicon saturation in a trusted vessel. Get yourself an MXR Octavio Fuzz.