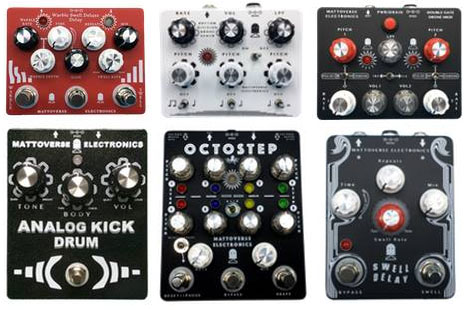 With its cosmic approach to feature-rich stompboxes, Wisconsin based Mattoverse builds self-described “handmade tools for new sonic adventures.” Since we are fond of adventures – and adventurous art – we couldn’t help but dig a little deeper, after noticing these intriguing boxes at the latest Summer NAMM.

The pedals from the Mattoverse universe that seem to be gathering more interest are the time based ones, including the Warble Swell Deluxe Delay, the Swell Delay and the Wobble Room Chorus/Vibrato, here’s an interactive gallery, click on the thumbnail for a video demo. 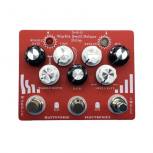 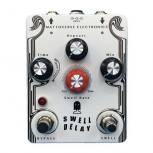 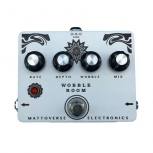 Wobble Room Chorus/Vibrato
"A chorusy vibrato pedal with a sound all it's own. Go from light chorus sounds to incredibly sea sick wobbles all with a bit of subtle room reverb ambience."
1st tap: info, 2nd tap: video
Ebay

“Regular” guitarists might also be intrigued by Mattoverse’s more streamlined pedals, which only feature one or two knobs and firmly reside in the gain domain: the HiLo Boost, the Drive, and the Bad Passenger Fuzz. 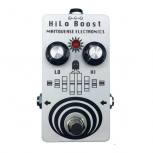 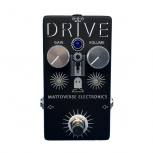 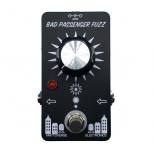 On its homepage (actually, on all its web pages!), the company features links to owner Matt Olson’s several bands, and browsing through this spacey (and adventurous!) music reveals that many Mattoverse’s pedals are actually built with synth players in mind. Some of the designs are actual monophonic synths (with no input), also known as “drones.” These are monophonic, oscillator-powered sound generators whose pitch and tone can be changed through knob twisting – we are surprised we don’t see Eurorack versions of them! They include the Drone Tone MKII, the Double Gate Drone Synthesizer MKIII and the Rhythm Division Drone Synthesizer. 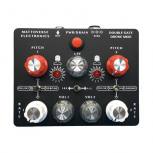 Mattoverse Electronics Double Gate Drone Synthesizer MKIII
"An insane noise machine. This is not a guitar pedal, there is only an output, no input."
1st tap: info, 2nd tap: video
Ebay 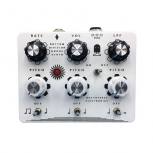 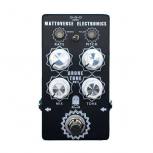 The rest of Mattoverse’s line of stompboxes includes an Analog Drum Kick and two step sequencers (the Octostep and the Tetrastep, respectively a 6 or 8 step Square Wave Sequencer, and a 4 step one). 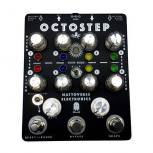 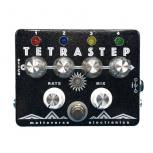 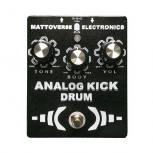 Check out Knob’s awesome 2016 videos featuring some of Mattoverse’spedals, below!