Interview about Recording and Equipment: Keepaway 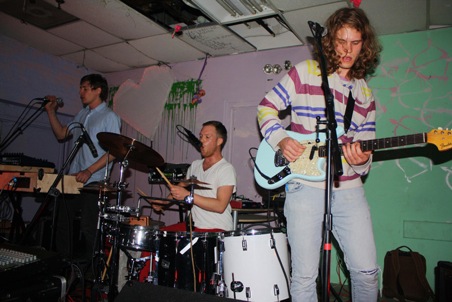 The Brooklyn avant-pop trio Keepaway was born out of two overlapping friendships, one forged in Massachusetts in the ‘90s, the other San Francisco a decade later. Both involved guitarist Nick Nauman.
In addition to Nauman’s guitar, the band builds its songs with drums, triple-layer vocals, and two MPC samplers, which it loads with snippets of obscure European records from the ‘60s and ‘70s.
“Baby Style,” Keepaway’s debut EP, is experimental enough to warrant Animal Collective comparisons and yet instantly hummable and likable. We asked the band a few questions about equipment, recording and… style! – Read the interview here.