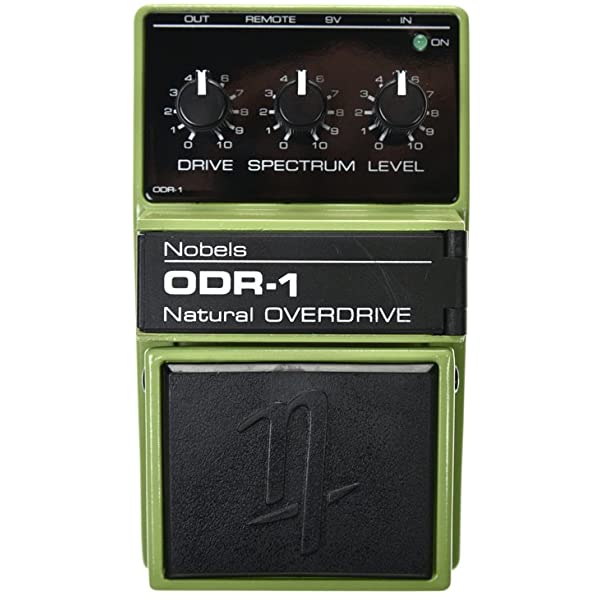 German pedal manufacturer Nobels has been in the game for a while, slowly building a cultish following. If you’re not familiar with this company, suffice to say it builds one of the best-kept secrets in the overdrive realm: the ODR-1 (now also available in Mini version).

The stompbox’s acid green color might induce you to believe this is a Tube Screamer clone but it’s not, or at least not entirely. Since its introduction in 1983 it’s become a staple on the pedalboards of many professional guitar players (Jerry Donahue, Michael Landau, Tim Pierce, Guthrie Trapp among others), and its release could be considered as the birth of the “transparent” overdrive craze.

The magic happens mostly through the Spectrum knob, which introduces an intriguing variation to the TS’s three-knob orthodoxy. Yes, that’s a tone knob, but it affects your signal in a very peculiar way: when the Spectrum control is set to 5 or lower it seems to slightly enhance the midrange, while between 5 and 10 it boosts the treble and bass frequencies. The pedal overall is extremely flexible and has an open sound that never gets too compressed, perfect for rock and blues tones.

The ODR-1 Mini was introduced in 2018 and it’s an identical recreation of its older sibling into a miniature enclosure. You can increase the headroom by running it at 18v, and it features true bypass switching. Glow in the dark buttons help you find your way around it even in the darkest environments.