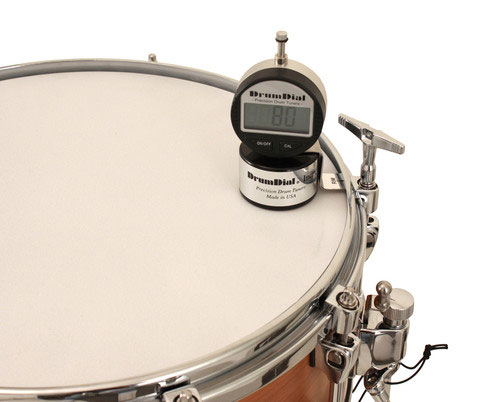 There are a gazillion articles out there about how to record drums, but I’ve always thought that the best possible advice in this regard is not how to record but… what to record.

Yes, mic positioning is challenging when recording a drum kit, but even the most sophisticated and flawless micing technique won’t be very helpful if the kit sounds bad and the drummer is no good. So, provided you have a tight and mean drummer who can hopefully also play to the click (important if not crucial skill), your first priority – rather than the mics – should be  the actual drum kit sound (and how that sound is affected by the room you are recording in, but that’s a whole different story).

In most occasions the snare is an element that requires a lot of attention, mostly because (unlike the kick) it’s likely to be very exposed in the final mix and (unlike the toms) it appears regularly throughout the track. This is why it’s a good idea to have more than one snare available in the studio (or wherever you are recording), to see which sounds best in each song’s context.

There aren’t rules about the snare sound – or if there are they are very complicated. It’s really about finding the right tone for each song, and sometimes it might be useful to tune its ringing note to the song’s key using a drum tuner (picture). Excessive ringing can be tamed with tape or gel or a wallet for extreme dampening. The way the drummer hits the snare will also affect the sound (hit it too hard and it will sound awful, it it too gently and it won’t have any impact…) – hits should be consistent both in intensity and location (i.e. where the stick hits the skin).

But finding the right snare isn’t enough if its tuning isn’t right. Properly tuned drums (and quality cymbals) are the absolute basic requirements for any great drum sound. When I used to record bands I would sometimes pay a professional drummer to come in to tune the skins, which would also serve as an invaluable lesson for the band’s drummer. Besides, tuning can do miracles on kick and toms as well. – PDG