Field Mouse – Q&A about Pedals and the Creative Process 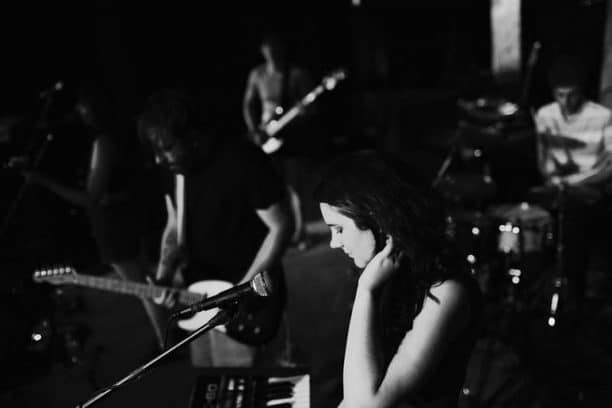 Philly and NYC-based Field Mouse have been known for their dreamy, shoegazey tunes, but while their hook filled songwriting is still on full display on their latest album, “Episodic,” the five-piece’s sound has evolved in a punchier direction, which is a bit more barefaced, and less shrouded by layers of fuzz and noise. We recently spoke to the band’s guitarist Andrew Futral about the tonal shift, and what kind of gear went into the making of their new record.

What in life brought you to the bittersweet world of being in a rock band?

How dare you? I don’t even remember! We met at music conservatory at Purchase College, so we had already committed ourselves to having a resume that is mostly gaps by the time we met, and we just kind of musically clicked. Being in a band is fun and we like fun. The idea of fun, at any rate. If I’m being honest, I like having had fun but dread future fun and like to cancel plans.

We have both watched each episode of Futurama (Season 1-5) at least 100 times each. So think about that. Really think about what a commitment to TV that is.

What’s been inspiring your latest album, and why is it entitled “Episodic”?
There was a lot of stuff that had happened to us all. Rachel’s sister Robin was diagnosed with stage IV cancer and Rachel went through a breakup within the same month and a lot of it came from that displacement. (Her sister is doing great now and you should read her blog “What’s My Stage Again?” on Amy Poehler’s Smart Girls website.) When Rachel suggested Episodic as the title she gave a few reasons and meanings, but I stopped listening to her after she mentioned that it’s how she and I use TV to cope with things. We both watch TV like it was a religion. But, you know, TV exists and isn’t predicated on wishful thinking about the nature and origin of the universe. We have both watched each episode of Futurama (Season 1-5) at least 100 times each. So think about that. Really think about what a commitment to TV that is.

The record sounds less “shoegaze-y” than its predecessor, was it a conscious choice or a natural evolution? 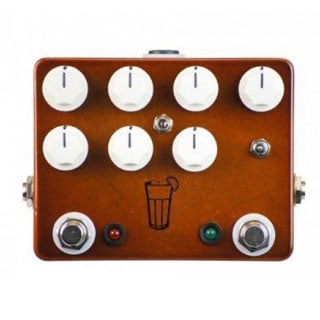 It was a very conscious decision. Shoegaze is a trap. You have to be all in to really do it, and we were not all in. Our first two 7”s were kind of dreamy and we did use a lot of fuzz, but I think any step towards shoegaze is often a step away from anything else. With rock and roll, you can do anything you want, but the more sub-genre paths you go down, the more conservative you end up and the fewer choices you have. We recorded about 20 songs for our first record. There was a 7-minute song that was kind of Interpol-y. There was some surf-inspired stuff and there was even a thing that kind of had a weird reggaeton beat, and while they were all things we liked it just didn’t work. I’m not aware of any albums that are half shoegaze. It’s all or nothing.

Also, it’s important to mention here that if I’m wrong I truly, truly don’t care. If you tweet us albums like this we won’t “favorite” them or check them out. We are a perfect storm of laziness and not giving a shit. Check it, I straight up have not seen The Wire yet. Ok? How am I gonna check out some stupid band you tweet at us because I made some comment without even thinking about it, in The Deli? Come ON! So anyway before we were so rudely interrupted: Being a shoegaze band just felt kind of limiting. That could be because we just didn’t know how to make it work.

I definitely hear you about the limitation of shoegaze! But here’s a video from your dreamy phase, so that our readers can fully appreciate the evolution: 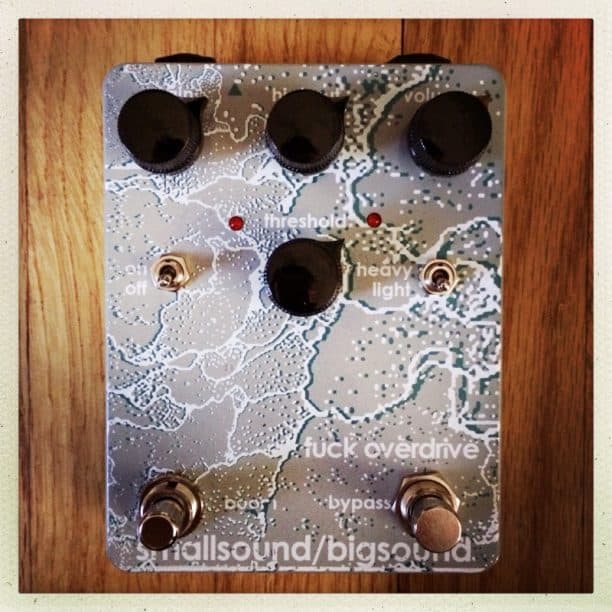 Could you tell us about the gear that was crucial in getting the guitar sound in “Episodic”?
By far, the most important part of our change was limiting the amount of reverb and switching from fuzz to overdrive. When we toured with Hop Along we had JUST come off a tour with Kevin Devine that was a lot of fun, but we were getting bummed on the whole wall of sound vibe we were going for. I am sure there are bands more committed to that ‘gaze life to manage these feelings, but there was something powerful about Devine just focusing on the songs.

We had been kind of treating the performance and the songs as separate things. There is a song and we’re playing it big and ‘verb-y but somewhere, in there, a song is hiding. By the time we were out with Hop Along we were really in awe of their guitar sounds. 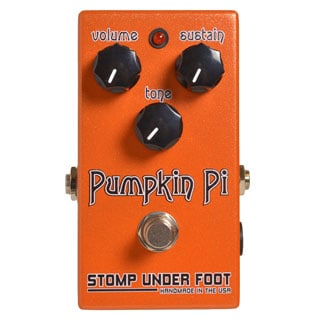 Joe (who produced our record) really got a lot of big sounds out of a small amount of gain and I think we really felt strongly that we were missing the percussive element of guitar that was being eaten by fuzz. Joe used JHS pedals in the studio, so that’s what we used on the record. After that, I went out and got all three main gain stages that they offer [Sweet Tea, Morning Glory and Colour Box]. Rachel switched from her Big Muff to the Fuck Overdrive by smallsound/bigsound which she started using on our tour with Cymbals Eat Guitars. Around this time Zoë switched from synth to guitar and synth because we ended up using fuzz on Episodic as sort of a production tool to thicken up some of the choruses. So she actually uses my old Pumpkin Pi by Stomp Under Foot. 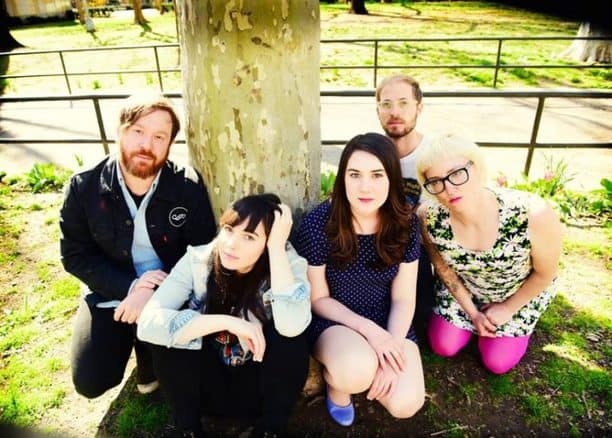 Photo by by Shervin Lainez: https://www.facebook.com/ohshervin

What are the pedals that defined your more shoegaze-y days?


A friend once said to me that the more pedals you have, the more all you really have is distortion and reverb.

A friend once said to me that the more pedals you have, the more all you really have is distortion and reverb. Which basically means that if you have a ton of pedals going, no matter what they are, it essentially all sounds like gain and verb. With that in mind, we have always been careful not to overdo it and we really focused and still focus on the best verb/delay and gain for the specific song. When we were leaning more to the shoegaze stuff we tended to have the same Big Muff problem everyone has, or everyone deals with. 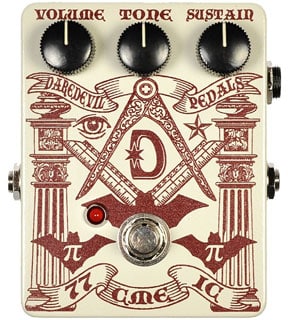 Daredevil Pedals ’77 IC Op-Amp Fuzz – [one of] the two best v4 op amp muff clones that I have found” –  click for video demo.

Basically, you buy a new Big Muff (Electro-Harmonix) and it sounds like a rocket taking off and you’re like “oh, this will be all I sound like from now on!” but you record with it and it’s near impossible to get a decent sound out of the thing without very careful layering. There is a single Big Muff from the 70s (it’s the 4th version) which is called the Op-amp Muff by some indoor nerds, which has a mid-boost which is really really ideal for these pedals. As soon as you hear one of those you’re like “oooooooh that is what they are supposed to sound like. That’s mother fucking siamese dream right there! Are you hearing this!?” and you turn around and you learn that you’re alone. Who were you even talking to?! The thing about those is they are pricey, so we ended up with a bunch of muffs and muff clones. 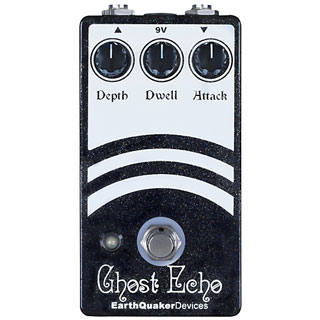 EarthQuaker Devices Ghost Echo – click on the image for a video demo.

I kept a regular muff on the pedal board because nothing, and I mean NOTHING could feedback like that.

Though Stomp Under Foot’s Pumpkin Pi and then Daredevil effects “77” are by far the two best v4 op amp muff clones that I have found. I kept a regular muff on the pedal board because nothing, and I mean NOTHING could feedback like that. The Harmonic Percolator also has perfect feedback but that one is more rock and roll, the EHX muffs just feedback perfect beautiful notes. The struggle with all of this was managing the high end and so I landed on the Ghost Echo by Earthquaker for verb because of how bright it is. Really is a perfect one-two punch with a muff. The search for the best fuzz/verb sound is like traveling from point A to point B by always covering half the distance remaining.

Is there a person outside the band that’s been important in perfecting your recorded sound?

We did our first record mostly by ourselves and really wanted to work with someone else for our second record. Our friend Joe Reinhart produced it at his studio Headroom in Philly. He 100% helped us get a sound we really wanted and added a super valuable outside perspective.

What other like-minded NYC bands do you like to play live with?

It’s been a while (it’s beeeen a whiiiiile </Staind>) since we did a purely local show without it being a stop on a tour, but that show was with Grooms and Leapling. They played our album release show last year because we love them and wanted to see them play, so we asked them to celebrate the night with us. There are so many bands, it’s hard to keep up with who lives where!